As with last week, due to the sheer volume of coverage of Québec’s Bill 62, first I’ll list the items not related to Bill 62, and then after that, a focus on Bill 62-related items. 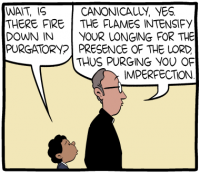 I can see the flames intensifying one’s longing for the presence of the person who threw you into the fire… so you have a chance to kick the shit out of them for doing it.

First, the big news this week was Justice Minister Stéphanie Vallée’s “clarification” that the face-covering ban… isn’t really a face-covering ban. Instead, it’s simply a rule that in situations where identification is required, showing one’s face will be mandatory. But… that was the case even without the bill – I mean, how could you possibly expect to use photo ID without showing your face? Niqabis were already doing that. So… what does Bill 62 actually do? No one knows.

At the very least, everyone who argued for the face-covering ban has now been left looking like complete idiots. (Not that they hadn’t managed that on their own already.)

Here’s a piece supposedly penned by Vallée herself – judge her arguments by her own words:

Justin Trudeau seems to have finally grown a backbone now that everyone else has led the way before him:

Here are pieces about responses by Québécois themselves:

Here are various news pieces about the Bill and things the Québec government has said about it:

And finally, a bunch of opinion pieces from various viewpoints: