I spoke with Dr. David Orenstein, Professor of Anthropology at the City University of New York, and author of “Godless Grace: How Nonbelievers are making the world safer, richer and kinder.”

Scott Douglas Jacobsen: Let’s cover a little of your brief background. What was faith in your family, community and, subsequently, to yourself?

David Orenstein: It is a great question. I really grew up very secular. My family members were believers, but they never pushed faith on me or my sisters. I was Bar Mitzvah’d, but it was more of a social event than a need to be recognized by God or the State or something like that.

While my parents specifically were believers, we didn’t subscribe to any faith tradition, really. I always tell people, “I see myself as a cultural Jew.” If you grow up in New York City and in Brooklyn, from my generation and perspective, I am of the Jew from the mold of Woody Allen or Carl Sagan, very into arts and culture and open to things.

I always surrounded myself with people of that perspective. 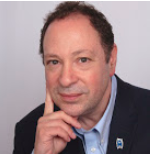 Jacobsen: You wrote Godless Grace. How did that background influence it?

Orenstein: Godless Grace was almost a catalyst for something that Christopher Hitchens always used to say, ‘Tell me something a religious person can do that an atheist cannot.’ One is, “Well, we can’t create fault lines.” [Laughing]

But there was always this position and maybe it is in religious marketing as well that, “You can only be good with God.” Knowing my personal history as a nonbeliever, knowing that I always felt that my humanity came before any faith doctrine, I knew that there would be many other people out there without faith that do good for the sake of goodness and human empathy.

I started writing this work as an ethnography. I am an anthropologist. I looked to people who I knew in the nonfaith community and through tons of introductions to other people, my co-author, Linda Blaikie and I were able to put together a book of interviews of people who are doing wonderful human and civil rights work as well as environmental justice work around the world.

They’re really doing the goodwill and the good work of healing the environment, and helping people who don’t have, or are speaking out for human rights and against violence. My goal was to use this book, to use those stories, that atheists are not the bogeyman and bogeywoman that a lot of religious people like to paint us as.

I wanted to move the conversation away from the ideas that nonbelievers are intellectually vapid, morally bankrupt or even physically violent people and that being without God meant we must be all murderers. No, not only can we live a moral and just life without faith, but we can do it one step better because we’re not doing it to please anyone per se but for the love and sake of humanity – knowing we have only 85 years on the earth for better or worse.

In essence, that if we don’t speak up now for our rights no one else will and that our nonbelief activism and humanitarian work can build a better world. A just world, a world of human rights, a world of environmental justice, things that are equalized not in the name of the Lord but in the name of Humanity.

Orenstein: I think there are a lot of really good things being done, because in order to have a supportive community we have to  transfer our culture and values to the next generation. We need to have different types of leadership within all of our non-theist organizations now.

We can have thought leaders. I consider myself a thought leader. I write. I do public speaking. I connect other people. Then there are boots-on-the-ground activists. Those are the people in my book. Then there are the people who don’t have the time to be activists, but they can support our organizations with finances. There shouldn’t be one way anyone is told is the right way to contribute to the movement.

Also, we certainly have to lead by humanist, atheist and secularist example. For example, what comes out of Camp Quest, the secular summer camps, is one generation wanting the next generation to have a secular experience and be together in their youth. This really does build the next generation of leaders.

On college campuses, even in New York City, you would be surprised at the number of students who think, “I don’t really believe what my parents believe. But I’m too shy or afraid to say anything.”

I have had students come to speak to me privately about this. It is about giving counsel as well. It is also about supporting student organizations in high school and even in middle school.

Downwards, it is making sure all of the local chapters of national organizations have at least some element of a young person’s having the opportunity to gather at least once a month.

That’s the wonderful thing about technology like YouTube and Meetup. People can get together, express themselves, and see that they are not alone. It is important because we are not a monolithic group. People my age or people who are even Baby Boomers don’t have the same needs as atheists or humanists who are 20-somethings.

We are different stages of our lives. So if we only program for people who are only of a certain ethnic group, or a certain age group typically, then you will not get the next generation of activist leaders every organization needs to move into the future.

If you are not building the next generation of leadership you are not making the next link in the chain and whatever good you’ve done won’t be there for the future. We must pass the baton onto someone. Or, let me put this in evolutionary terms, Extinction is forever!

It also means you’ve got to let go as to what you see as the priorities because the next generations coming up might see things very differently.

Jacobsen: Thank you for the opportunity and your time, David. 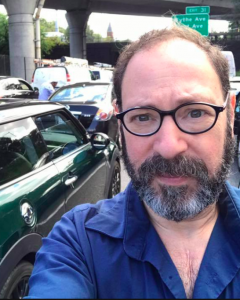