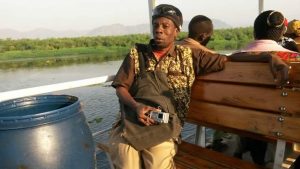 Scott Douglas Jacobsen: So, you’re out in Tanzania. That is far removed from the normal life of Canadians. What is something that those in Canada are almost certainly not likely to know about atheism in Tanzania but they should?

Nsajigwa I Mwasokwa (Nsajigwa Nsa’sam): Thank you I am Mr. Nsajigwa, Canadians should know that as it is for every human society throughout ages and generations that there have been within independent thinkers and freethinkers, so too there are such ones in Tanzania, though few, as it has hitherto been.

There are Tanzanians who think outside of the box of religiosity despite the fact that in Africa religion is overwhelmingly omnipresent and -potent, covering all aspects of life, from the birth point of entrance to death point of exit. In past, Africans were said to “Think emotionally” and being more “spiritual” as a philosophy of Negritude would assert, “rational is Greece as emotion is black.” Maybe today, we might just understand that to have been too much of a generalization.

In terms of percentage, it is recorded that independent thinkers individuals living without religion in Tanzania could be up to 1% of the population (the challenge is to make it rise to 10% as there might be enough such ones who however are in the closet).

Jacobsen: How is atheism viewed by the general public in Tanzania?

Nsajigwa: In the past, it was associated with socialism of communism brand, the USSR type, thus ideological.

But also by Tanzanians who are fundamentalist in their religious outlook, they view it negatively, as an arrogant rebellion against God’s will by the few people educated (to become confused) by too much secular book reading. Further extremes view it as for those who are “lost” and on Satan’s side (Satan being the opposite of good God). 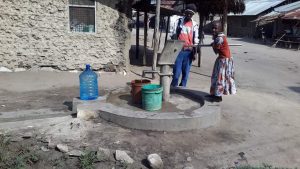 Jacobsen: How common is atheism there?

Nsajigwa: As a movement it is coming up, emerging as is the reality of it all over Africa. Some individual independent thinkers to freethinkers exist, it’s only recently since new millennium that there have emerged some pioneer efforts to teach it by philosophy, identify and bring such individuals together.

I am the pioneer number one for this philosophy, life-stance here since the mid-1990s before the arrival of the internet in Tanzania. We are developing a fellowship to be a community in the future via Jichojipya – Think Anew as a formal organization and vehicle for that, we founded it to live to achieve common goals of institutionalizing Humanism ideas and ideals guided by Humanist’s Amsterdam Declaration 2002 of which I translated into Swahili that being first time that it was in an African language.Its Humanistic aspects happen to be similar to some aspects of Tanzanian own Arusha declaration doctrine of 1967.

Jacobsen: If you could pick one great atheist thinker in Tanzania, who would it be?

Nsajigwa: It would be an eminent elder retired public figure named Kingunge Ngombale-Mwilu. We identified him as one because he was the public figure, only one known throughout to swear for a public position (he has served since independence in top ranking positions even as a minister of state) without holding Bible or Quran.

That is, how we suspected him to be a nonbeliever and on interviewing him recently he came out as such, a freethinker who is Agnostic (though our society thought of him as a socialist communist). He told us himself he became freethinker inspired by reading the subject of Philosophy including the writings of Thomas Paine and Ludwig Feuerbach in his analysis that;- “it’s not god creating man in his own image but rather a man creating God in his imagination.”

Another longtime freethinker would be Nsajigwa (me myself) a self-taught individual operating at the grassroots. I have taught and inspired many enough by my knowledge (book reading) and my own everyday life as a freethinker, someone living ethically good without a religion.

Jacobsen: If you could take one great atheist book in Tanzania, what would it be?

Nsajigwa: There is no one whole book on that, however, there are particular stories on some books say by one late Agoro Anduru – a good writer that he was. Also stories (in Swahili) by one Mohamed Salum Abdalla (in short Bwana Msa) and speeches by Mwalimu (Swahili for a teacher) Nyerere – Tanzanian founder father, teaching, insisting and reminding on several occasions that Tanzania is a secular state.

Jacobsen: What are some of the prejudices and biases that the atheist community experiences in Tanzania?

Nsajigwa: Basically so far organized atheist community is just emerging, we few freethinkers are just pioneering to bring it out but judging from our personal life experience, our social milieu is such that to be a nonbeliever you are misunderstood in many ways and judged negatively, its something you just have to endure, too much pressure and frictions to confront right from the family level. African culture is “communitarian” in outlook, wanting conformity to all its members. Things should be done as traditions and what religions require. On religion itself, it is very influential, plus our political culture is illiberal, yes we are a peaceful Nation since independence but skepticism and criticism are not tolerated despite the fact we became a multiparty democracy since 1992.

Jacobsen: What are some of the biases in law that are explicitly anti-atheist or, at a minimum, tacitly so?

Nsajigwa: The founder father Mwalimu Nyerere was, fortunately, a good student of John Stuart Mills philosophy “on liberty”. He made it clear the fact that our Nation is secular though people (including himself) are in religions. There is a temptation though from various players to wish that religion should penetrate more into government because people and their leaders are religious anyway. In Zanzibar, a semi-autonomous government with a majority of its population (90%+) being Moslem, Islamic laws applies (via what are known as kadhi courts) in dealing with matters of inheritance, marriage, and divorce.

Jacobsen: Any final feelings or thoughts?

Nsajigwa: We live in modern times yet we have not yet successfully modernized our cultures and societies.The need to secularize our outlook to life, thus STEM (Science Technology Engineering and (rationalism of) Mathematics) Project. We by Jichojipya – Think Anew a Tanzanian Freethinkers secularist humanists organization here initiated a GalimotoCar making STEM project from the grassroots, we need support to continue doing that, a fight against superstition believes including Albino killings.
There is modern African triple heritage concept by which in Tanzanian case, Islam, Christian, and Traditionalists are almost one-third each by percentage (35-35-30 respectively), though there is much dominance of the first two in the public while the third (tradition believes) are somehow dormant, activated only when everything else fails to work.

By SWOT approach most African countries Tanzania included are illiberal. In such situations, independent thinking and freethinking are thwarted and such individuals live to endure hard life mentally (psychologically) and physically. Freethinking Atheism Humanism in Africa should mean an idea to emancipate Africans from illiberality and concurrently from the mental slavery of religions that have evolved to become dysfunctional, as they shape ideas of superstition and wishful thinking that support dogma, irrationality, and fatalism.

It’s a herculean task needed to be met to push the cause of African renaissance and its enlightenment. All due support by Freethinkers Humanists from other parts of the world (Canada etc) is needed, to sustain this work for modernism by secularism in Africa, Tanzania inclusively. That is the historic generational duty for humanity. Thank you. 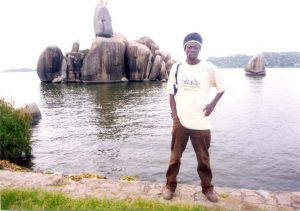