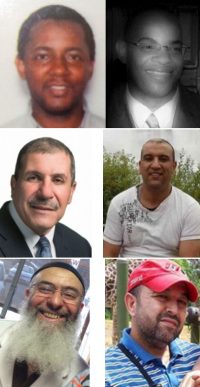 These are the victims of the January Québec mosque shooting. If you thought the indignities they faced ended with their deaths, think again. Islamophobes won’t even let Muslims be buried peacefully.