This week the trial started for Mohamad Jamal Khweis, a (then) 26 year-old American who successfully joined Daesh, then changed his mind, surrendering to Kurdish Peshmerga three months later. Khweis’s story has me wondering about the question of forgiveness. 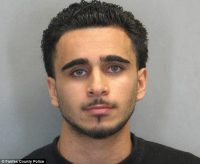 Much of the news coverage of Khweis focused on the concern that anti-terrorism intelligence had no clue that Khweis was even interested in Daesh until after he’d joined, left, and surrendered. None of his family or friends had reported anything – his parents claimed they thought he was in Canada, though they knew he’d been to Turkey, while other family members claimed he told them he’d gone to Greece – and he managed to slip completely under the nose of all authorities all the way from Baltimore to Mosul via London, Amsterdam, and Istanbul. His only brushes with the law had been arrests for being drunk in public in 2009 and driving drunk in 2010, and a couple of traffic violations (speeding, driving with tinted windows). Had he completed his training, he could very easily have slipped back into the US and wrought havoc.

It’s been a messy trip to get Khweis even to this point. The vast majority of would-be Daesh fighters are caught in sting operations – they “join” with undercover agents, and never actually speak to real Daesh recruiters. Khweis is one of only very, very small number of actual recruits who have been captured before committing any atrocities; part of Daesh’s grisly m.o. is that they make new recruits perform a beheading very early in the process, bloodying their hands to ensure their loyalty – Khweis was only with them for a month, but he may have only been a few weeks away from that gruesome initiation. Maybe even days.

And the journey to court has been just as fraught. First, Khweis was almost shot even before he could surrender; when the Peshmerga saw him approaching, they assumed he was a suicide bomber, as so many are, and opened fire. He didn’t speak Kurdish, and they didn’t speak English, but luckily the Peshmerga figured things out, detained him, and got in touch with American authorities. But then they just wanted the fucker off their hands, and were frustrated with the pace of the American interrogations. The Americans were trying to do all their interrogating while Khweis was still a Kurdish prisoner, so they wouldn’t have to give him the proper treatment that an American citizen would be rightfully afforded. In particular, they interrogated him without reading him his rights or letting him speak to a lawyer, then used that information to prep a second team of interrogators – a “clean team” – which did everything by the book. That tomfoolery almost got all of Khweis’s evidence thrown out… but luckily Khweis was actually all too keen to give authorities everything they wanted to know.

But all the legal shenanigans aside, there’s a larger question we have to consider here. We have to accept the fact that some dumb jackasses are going to be seduced by Daesh. And some of them will ultimately go all the way, joining the group and carrying out atrocities. But many will only go partway down that journey; many will be seduced by the group, but sense will prevail before they actually commit any atrocities. The question is: How do we deal with people who only go partway down the path to that evil? How do we deal with people who have flirted with Daesh and similar extremist groups, but didn’t actually go all the way? Can we simply… forgive such people? And at what point do we say they have gone too far, such that mere forgiveness is no longer possible, and now retribution is required?

These aren’t just empty philosophical questions. People like Khweis, who have actually connected with Daesh recruiters, are goldmines of intelligence information about how Daesh recruitment works. Even someone who ultimately never leaves their computer chair can provide intelligence agents with a wealth of information, that may lead to the disruption of hundreds of other recruitment attempts, if not thousands. But someone who goes all the way to Mosul has enormous amounts of valuable information. We want these people to feel comfortably able to contact authorities; we don’t want them staying silent out of fear of nasty legal or social consequences.

And even aside from the intelligence value is the propaganda value. One of the things about Khweis’s story that has been the most newsworthy has been his account of the really, really bad conditions in Mosul, a fact that other Daesh apostates have confirmed. Every gung-ho mujahid-wannabe that comes back with their tail between their legs describing what a shithole the Islamic State is does more to undermine Daesh than anything any Western authority could possibly say.

But there has to be more to this than just the mercenary question of “what good are they to us”. There is an ethical issue here about the value of people – yes, even people who have spectacularly fucked up – and the nature of forgiveness. Religion has hijacked the idea of forgiveness, to the point that many nonbelievers don’t think of it as a virtue at all. But humanism includes the awareness that we’re all, well, human, and thus imperfect. It has to include some level of forgiveness for our shortcomings. 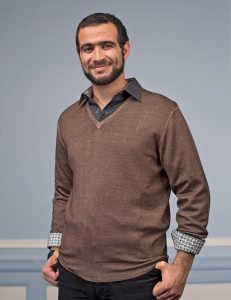 So how do we deal with people like Mohamad Jamal Khweis? He wasn’t a child when he made his mindbogglingly stupid decision, unlike, say, Omar Khadr; he was at least 25 years old. He wasn’t an uneducated buffoon who was seduced by promises he couldn’t reasonably have known were ridiculous; he had actually been studying criminal justice in Virginia. He doesn’t even seem to be a person of any high principle; by his own account, he joined Daesh to get some tail, and left in no insignificant part because they wouldn’t let him smoke.

Okay, so he’s not exactly a prime example of humanity. But on the other hand, there is no evidence he ever hurt anybody. Yes, he started down that path… but he pulled back before he actually committed any real violence. And he seems quite insistent on doing his part to speak out against Daesh, and help authorities get better at intercepting future would-be jihadis… doesn’t that count as showing that he’s serious about trying to make up for his mistake?

Look, no doubt Khweis deserves at least some jail time. The list of crimes he committed is probably as long as my arm: he probably crossed at least one border illegally, and he did provide material support to a terrorist group – even if his “material support” was limited to merely buying groceries and doing household chores for them. This isn’t about totally exonerating the guy, or people like him. They did crimes, they should pay for them.

This is about secular, humanist forgiveness. This is about how it works, and where its limits are. Certainly we are under no obligation to forgive someone who does something evil and shows no remorse for it. But… what about someone who does something evil and does show remorse? And… what about someone who starts on the path of evil, but manages to pull back before crossing that line? And… where is that line?

Whenever I interact with the secular community online, I am appalled at the amount of mindless savagery. I have no doubt that many people reading this are just itching to fire off cries of “hang ’im from the highest tree!” and “death to all that are seduced by Islamic extremism”. That last one may sound ridiculous, but just read a few online comments from atheists and you’ll see plenty of statements that echo it perfectly in spirit, if not literally.

But atheism, as I’ve always understood it, requires understanding and tolerance. If there’s no god and we’re all just members of an evolved species of hairless apes, then there’s nothing fundamentally different between the “best” of us and the shitpiles of Daesh. That must mean that it’s possible that any of us could have gone either way – had circumstances been different, perhaps I, or you, might have been savage and brutal Islamic State fighters. And of course, that must mean that there must be some hope of finding good in even the worst of humanity, and perhaps even lifting them up out of the darkness to join the ranks of the best of us.

So Mohamad Khweis isn’t exactly a paragon of humanity. But he’s still human; he’s still one of us. And while he did flirt with darkness, it looks like he didn’t go all that far down the path toward evil, and he might be coming back. Can we forgive people like him? Where is that line past which forgiveness is no longer possible? Does it even exist?

What do you think? What is atheist forgiveness?

6 thoughts on “Where is the line for atheist forgiveness?”