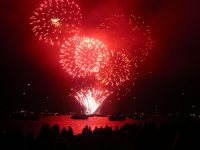 Have a happy May two-four weekend!