To explain all nature is too difficult a task for any one man or even for any one age. ‘Tis much better to do a little with certainty, and leave the rest for others that come after you, than to explain all things

This is my first blog post for Canadian Atheist and I thought as an introduction piece, I would cover a recent lecture that I attended at U of T called: Unfriending the Future: Motivated Empathy in Science and Political Advocacy. The lecture was hosted by University of Toronto Secular Alliance on March 7th at Hart House in a delightful lecture room reminiscent of a Hogwart’s school hall. 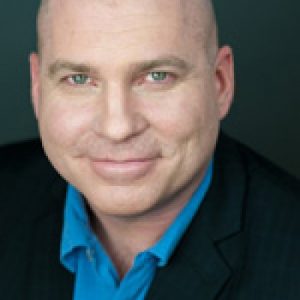 The speaker was Michael Kruse, Executive Director of Bad Science Watch, an independent non-profit consumer protection watchdog and advocacy organization.  I know Michael from our Ryerson Theatre School days, where we both attended the Technical Theatre program.  Michael worked for years as a technical theatre designer and currently works as an advanced-care paramedic in York Region. He’s also enrolled at the University of Toronto working towards an undergraduate degree in physiology and the history and philosophy of science.

Michael started Bad Science Watch because he believed that there was a need for advocacy. It isn’t one of the groups goals to inform the public, but that’s just icing on the cake if they do that as well.

Bad Science Watch has focused their efforts by advocating to both Health Canada and the medical community. Two advocacy projects that they spearheaded are the Stop Nosodes campaign (nosodes are homeopathic vaccine alternatives) and the false advertising and marketing of natural health products (NHP) in Canada campaign.

I have an arts background and as such, have little knowledge of science. But the lecture topic intrigued me, given many recent topical issues in the news about alternative medicines and their lack of science based study.  The group of attendees that attended the lecture seemed equally keen to learn more.

Michael presented his analysis in a relaxed and easy to understand manner.  He explained that his group’s values are objective truth while at the same time admitting that nothing is 100% certain. He explained that scientists ascribe to the Scientific or Inductive Method, a method of procedure that came to the fore by Isaac Newton and his followers in the early 19th century.

Michael told us the story of David and Colette Stephans, a horribly tragic circumstance where the couple treated their little boy Ezekial with homeopathic remedies. After two weeks of being ill from croup and without medical intervention, the little boy eventually succumbed to viral meningitis. In this particular case, the parents were found guilty of failing to provide the necessities of life.

Michael asked who of us used social media to judge the actions of this couple, to ridicule them on our twitter feed or to unfriend someone on Facebook because we did not share in their opinion. And to what end did we do this? Did we change someone’s mind? Did we create change? The answer was probably a big fat no.

So, Michael suggests instead that we use empathy instead of shaming, and through this we can find common values.

I hope that I explain this properly. After all, I only took one course in psychology in college.  But here it goes.

As humans, we seek out negative emotions to accomplish our goals. Michael offers the examples of watching scary or sad movies, watching telethons or a car crash. As well, we use antipathy to protect our “tribe”- you know, those that think like us – through emotion regulation that include these strategies: situation selection, attention modulation and affective appraisal.

With situation selection, we avoid conflict and engage in emotional situations while with attention modulation, we have to downplay our emotions, like how we behave in public vs in private. And then there is affective appraisal. That one I’m a little less clear on.

Michael suggest that it’s easier to ridicule others beliefs because it makes us feel superior. I’ve certainly done this to strangers on social media and at the same time had the tables turned on me more than once. (Word of advice; don’t EVER get into a fight on social media about Star Wars) On social media, we have what he calls the “situation bubble”, where we curate our world and exposure to fit our values. You know, joining groups that share in your values and avoiding groups that don’t. I do this all of the time.

Side note. I had a strange experience recently where a lovely man stopped to chat with me at the drug store. It all started off nicely enough. We talked about the holidays and he told me a bit about his family. And before long, it turned dark. Except that I didn’t have the safety of social media. This man was right in front of me, with his wacky ideas about race and politics. I excused myself in as pleasant a way I could, but in my mind, I was running for the door. He broke my situation bubble and it was terrifying.

I also have beliefs based upon emotion that don’t hold up to the scientific method.  In college, I was a big follower of Astrology. More recently, I have had an aversion to GMOs and non-organic produce, despite what scientists might say about the safety of these foods.  Furthermore, I also have friends who believe in some freaky things. Recently over brunch, a friend of mine shared his conspiracy theories around fake news. It’s pretty difficult to eat your eggs benny while a friend that you’ve known for decades, ramble on about crazy assed shit.

So why do humans stray from the scientific method? To understand this, Michael says we must go back to values. People will often rely on how they feel about something – it’s an emotional response and I think something we can all relate to.

I have a son with autism, and I think like many parents who have a child with this neurological disorder, we want to know why our child is this way.  I think that many parents want to have an answer, and when someone offers up an explanation, like the MMR vaccine as the root cause of the problem, then they suddenly immerse themselves into that cause.  But it is an emotional response, in the same way that I fear GMOs. I don’t trust in the company that grows the food to keep me safe. Michael says that if at some time in our lives we have felt betrayed by doctors or the pharmaceutical industry, then it’s likely that we won’t trust those individuals to give us accurate information.

Okay, so where do we go from here? Michael states that the education tactic is a long game and won’t be as successful in the long run. He suggests that advocacy might be the answer to arrive at a solution faster. For this, I might offer up an example of seat belts, an enforcement law that has been in place in Ontario since 1976. While in Canada we have more than a 90% compliance rate, this is likely more because of provincial regulations and deterrents and less so because people have been educated about the dangers of not using them. Ditto for cigarettes.

So in 30 years or less – perhaps through policy change – some of our scientifically unproven “alternative medicines” will not only be a thing of the past, but we will wonder how it is that anyone wasted their money on these remedies to begin with?

Bad Science Watch is an independent non-profit consumer protection watchdog and science advocacy organization dedicated to improving the lives of Canadians by countering bad science. We are driven by a vision of a safer, healthier, and more prosperous Canada where critical thinking and sound science are paramount in the making of important societal decisions.

About the University of Toronto Secular Alliance (UTSA):

The University of Toronto Secular Alliance (UTSA) is an organization dedicated to building a community at U of T for those adhering to non-religious worldviews including atheists, agnostics, Secular Humanists, and Freethinkers. Through our weekly meetings and events, we provide a forum where all ideas and beliefs can be examined, critiqued, and challenged through discourse that is civil, intellectual, and insightful. Find us on Facebook: @uoftsecular

8 thoughts on “This is what I learned about Science Advocacy”