I just took this photo of a group of protesters winding their way around Celebration Square (which sits in front of city hall.). I couldn’t stop long but I estimate there were between two and three dozen protesters at most. 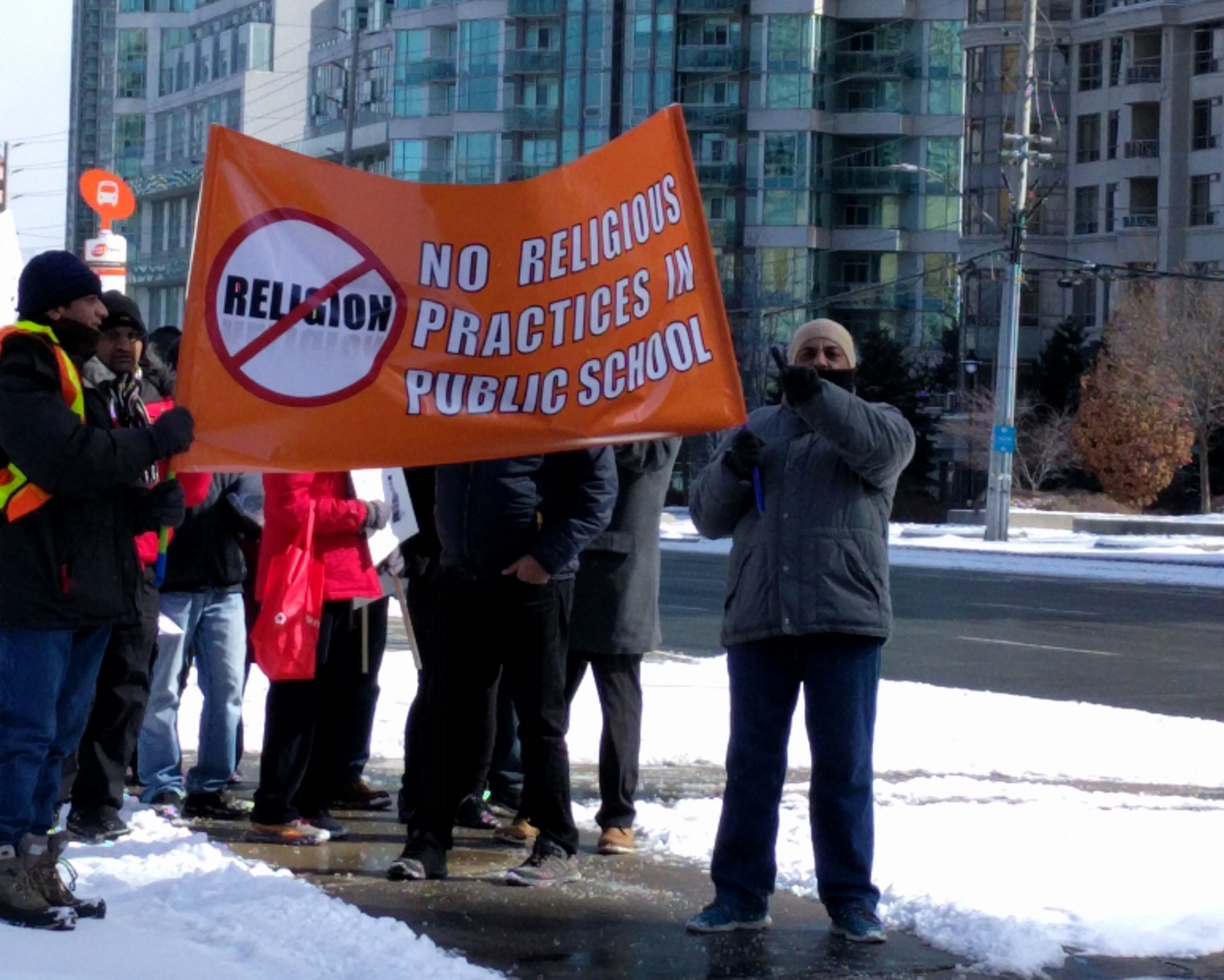 I can only assume this is the continuation of opposition to the Peel District School Board’s accommodation of supervised student prayer (which we can probably say with some confidence would not be garnering this scale of reaction were the prayers in question not of the Islamic variety.)

Curious to know if by ‘public schools’ they include the Catholic school system… why have they not protested before now?

UPDATE: The Mississauga News has now reported on the protest. The group swelled to around 200 people who walked to the school board headquarters. It was organized by “Canada First.”

UDPATE #2: I’ve posted more information on the people behind the protest.