Atheism and comedy have gone hand in hand since the first religious person made their first ridiculous claim, and that tradition is still strong with today’s stand-up comedians; many of the biggest comedians in modern history are openly atheist, some even include it in their act. And Canada is known for its comedic tradition; a disproportionate number of today’s biggest comedians are Canadian. But here’s a challenge: Can you name any Canadian atheist comedians? Well here’s a name you may want to remember: John Sheehan. 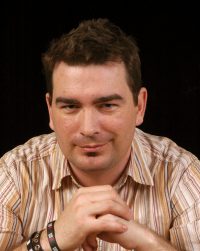 John Sheehan is a comedian from Harbour Grace, Newfoundland, who somewhat stumbled into stand-up comedy, but he quickly earned acclaim as a hot new talent on the Canadian comedy scene after a show-stealing performance at the 2008 St. John’s Comedy festival. For the last decade he’s been developing his act, opening for Louis CK, touring with Yuk Yuk’s, working with Caroline Rhea, Gerry, Dee, and Glen “That Canadian Guy” Foster, doing comedy festivals, and performing for corporate clients. All this, and the man is a firefighter, too.

Sheehan has always been an atheist (as explained to CBC Radio’s St. John’s Morning Show (9:36)), but it’s never really been part of his act in the past. However, a few years back, Sheehan had a personal crisis. Struggling with depression, he was diagnosed with adult attention deficit disorder – he found he’d probably had ADD since his early teens.

That led to a period of personal reflection, but rather than letting ADD get in the way of his life, Sheehan decided to leverage his diagnosis – which he doesn’t consider a disorder – and make use of it. He chose to aim the hyper-focus that comes with ADD at religion and its absurdities. And the result of that is his upcoming show: Blasphemyth. 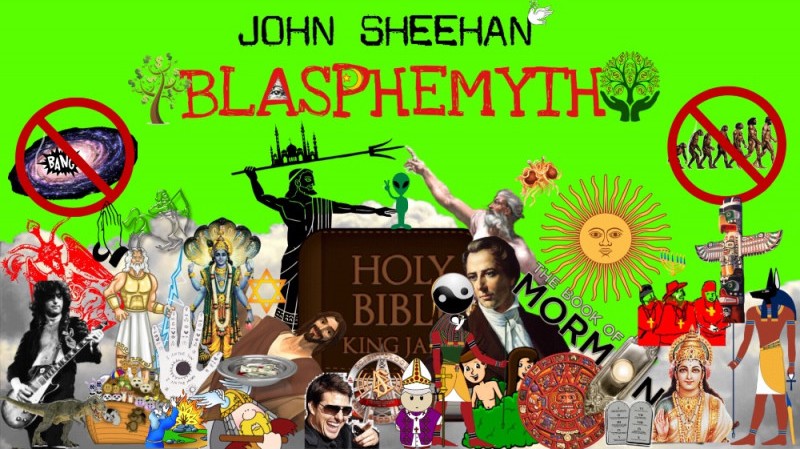 Of course, part of creating a show about your lack of religion is coming out to the world about it. For Sheehan, than in itself has been a hell of a journey. While some of the response he’s gotten has been vile, most of it has apparently been quite supportive. You can hear him talking about the journey on CBC Radio’s St. John’s Morning Show (9:36) last week, and he was featured on The Wayward Atheists podcast back in September (1:06:35).

Blasphemyth is already making waves, and if you want a preview of what’s to come, Sheehan has recently announced he will be doing a bit from the show at Imagine no Religion 7 in Toronto, on June 3rd. As if you didn’t already have reason enough to check out INR7, this could be the cherry on top.

As for Blasphemyth itself, Sheehan is currently in the fundraising stage, with a trending campaign on GoFundMe. A donation as low as $20 will get you opening night tickets, and if you can chip in $50, you get a “Mike… listen….”… though a friend of mine suggested that if you ask really nicely, and if shirtless firefighter calendars are your thing, maybe you can convince Sheehan to make a substitution.

So if you can, let’s help Sheehan make Blasphemyth a reality.