Wonderful news coming out of Ottawa this week! Remember the petition against the blasphemy law we were asking everyone to sign? We got a response!

The petition, e-382, initiated by Greg Oliver (president of the Canadian Secular Alliance) back in June, was simply titled “Blasphemous libel”. It called on the government to repeal Section 296 of the Criminal Code:

We, the undersigned, residents of Canada, call upon the Government of Canada to repeal Section 296 (Blasphemous Libel) of the Canadian Criminal Code. 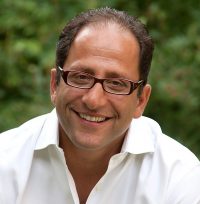 In order to get a response from the government, a petition has to satisfy a number of criteria. It had to be sponsored by an MP; for that we can thank Liberal MP from Willowdale Ali Ehsassi. And it needed to garner at least 500 signatures.

Thus, the petition was presented to Parliament at the beginning of December.

And on Monday, the Attorney General of Canada and Minister of Justice Jody Wilson-Raybould has tabled an official response:

The government is committed to maintaining a fair, relevant, and accessible justice system for all
Canadians.

In her mandate letter, the Minister of Justice and Attorney General of Canada has been asked to conduct a broad review of our criminal justice system. The Minister’s overarching goal is to ensure our legislation meets the highest standards of equity, fairness, and respect for the rule of law as well as the Constitution of Canada.

The crime of blasphemous libel, although included in the original Criminal Code of 1892, has not been the subject of a reported legal case since 1935. In 1979, a charge of blasphemous libel was laid in Ontario in a case involving the showing of Monty Python’s Life of Brian, but the charge was stayed.

Blasphemous libel, along with numerous other provisions of the Criminal Code, are presently under review by the Minister and her officials. The Minister looks forward to addressing these provisions in the course of her mandate.

This is a good response. Naturally it’s couched in cautious, non-committal language we’d expect from government, wrapped in assertions of their commitment to vaguely positive principles like equity and fairness. But the response takes pains to point out that the law hasn’t been used since 1935, save for the one clearly misguided attempt in the late 1970s. That seems to be an acknowledgement that the law is long past its shelf life, and the first steps in the preparation of a political justification for scrapping it.

Obviously the job’s not done yet. But we have made progress. I’d like to give thanks to all the Canadian SHAFT organizations who helped push this issue, and the petition, in the last year or two. And I’d like to thank Greg Oliver and the CSA for kicking the petition off, and every single one of those 7,406 validated signers. Well, 7,405; you’re welcome.

I’d suggest to all readers to take a moment to write up a quick letter of thanks to MP Ali Ehsassi of Willowdale for stepping up for us. You can send him an email at Ali.Ehsassi@parl.gc.ca, but remember that mail sent to MPs in Ottawa is postage free! Just address it as follows:

Ali Ehsassi
House of Commons
Ottawa ON K1A 0A6

and optionally include your return address in the top left corner.

While you’re at it, I’d suggest also writing Justice Minister Wilson-Raybould (Jody.Wilson-Raybould@parl.gc.ca), and encouraging her to push forward on this issue (just replace Ehsassi’s name with Wilson-Raybould’s in the address format above). You could also write your local MP, too, if it’s not one of those two.

We’re seeing action on this issue at last! So now is not the time to relax the pressure, now is the time to really pile it on. Let’s see if we can make 2017 the year the blasphemy law fades into history.