I wanted to put this off. I tried using excuses for why I didn’t have to respond to this, at least not yet. But we need to do this. We need to talk about our responsibility for the Québec mosque shooting.

We need to start by making sure our voices are part of the chorus clearly and loudly condemning the attack, on every level. There should be no wavering in our disdain for the attacker and his motives, nor in the solidarity and fraternity we show the victims. Atheists and Muslims we may be, but those labels should not be used as tools to divide us or create enmity between us. The victims were our neighbours; they were our colleagues; they were our friends; they were our family.

Their names were Ibrahima Barry, Mamadou Tanou Barry, Khaled Belkacemi, Abdelkrim Hassane, Azzedine Soufiane, and Aboubaker Thabti. The two Barrys were immigrants from Guinea; Ibrahima Barry was a father of four. Professor Belkacemi was part of the Agricultural and Food Sciences department at the University of Laval. Karim Hassane was a programmer, and father of three. Azzedine Soufiane ran a butcher shop, and was popular in the community for helping people assimilate. Aboubaker Thabti was a pharmacist’s aide, having arrived here only a decade ago from Tunisia. Canada is a poorer country now, for lack of them. 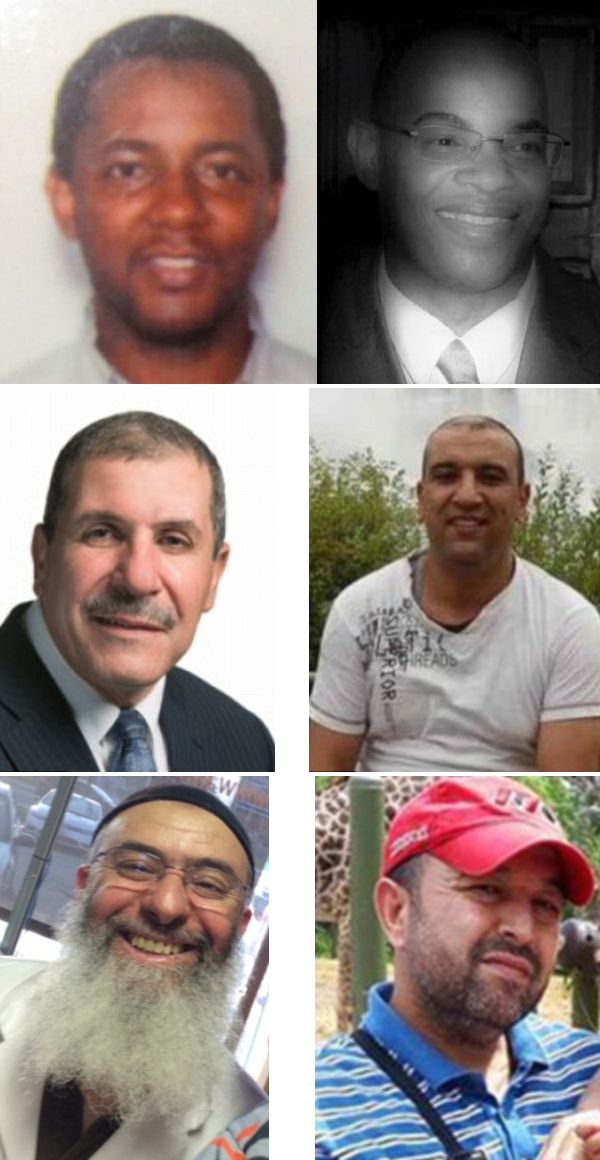 As a Canadian secularist, humanist, atheist, and freethinker, I stand with the victims of Sunday’s attack. I offer my condolences, and extend a hand of friendship and support.

But even as I feel the pain of the attack against all of us and our shared values of peace, tolerance, and respect for diversity, I must not allow myself to forget that while this was an attack on us all, it was not all of us who were targeted. We are all victims of this attack, in a way, but Canadian Muslims in particular. It was they who were specifically targeted, in a place where they – predominantly – would be gathered peacefully, and vulnerable. We must not forget, and must not deny, that this vicious and cowardly attack was an act of islamophobia.

I wanted to put this off. My excuse was that I wanted to wait to learn more about the perpetrator; I wanted to know – and it pains me to even admit the possibility – if he was one of us.

Within the articles on this blog, and in its comments, you will easily find attitudes that support what the murderer did. You will easily find arguments, reasoning, and logic that can be used to justify taking extreme action against Muslims. And not just in this blog; in the atheist community in general it would be no great task to find several popular figures espousing ideas and views that could be used as justification for the act.

Oh, of course no one’s actually advocated violence explicitly. That would be far too obvious. Even in the most extreme circles of the “alt-right”, few if any come right out and say the most vile and disgusting things they believe. Very few come right out and explicitly admit that their position is based on intolerance and hatred, let alone going so far as to openly condone violence.

But what they do is offer is a platform of ideas from which it is only a small, easy leap to violence. Then they shrug and proclaim innocence and surprise when one disturbed “lone wolf” makes that leap.

They use language and arguments that demonize and dehumanize the other – in this case, Muslims. They preach fire about how “something must be done!” because those people or what they represent are a particularly grave threat to society. Anyone who counsels reason or moderation in how we approach the issue is put down, mocked, called a fool or worse for not recognizing the threat.

This very blog has been host to people denouncing the values of multiculturalism and tolerance for diversity that are the vaccines against the diseases of hatred and intolerance that inspire acts like Sunday’s. This very blog has seen people writing comments claiming that being Muslim is incompatible with being part of liberal, secular society. This very blog, its readers and contributors, have propagated ideas that could have been entertained by the killer, and offered as justification for what he did. Yes, yes, yes, again, no-one suggested anyone should go on a killing spree. But you don’t get from not having any opinions about Islam to the kinds of beliefs the shooter must have had about it without passing through some of the positions championed by some of the contributors and commenters on this blog. We may not have been the final inspiration, or even the direct proximate cause, but we could have been a stepping stone on his path.

We need to take responsibility.

Of course we must continue to criticize bad ideas and irrationality, wherever we find them. And of course that includes criticizing both Islam and Muslims, from time to time. Done poorly, it is easy for our criticisms of Islam and Muslims to be warped into urges along the path toward violence. But there are ways we can make these criticisms that make it functionally impossible for real bigots to capitalize on them.

We need to acknowledge our responsibility, and the first step along that path is no longer denying it. It’s depressing how often I see atheist writers showing a cavalier and arrogantly ignorant attitude to concerns about islamophobia. Some even go so far as to pretend there is no such thing. As if the man who walked into a mosque to shoot praying Muslims in the back was really only pissed off about skin colour. Or maybe it was over a parking space.

You know what one Canadian islamophobe was doing the day a killer targeted a mosque to murder Muslims while they were peacefully praying? He was posting a rant against islamophobia, calling people who were concerned about it fools. He was mocking the people who were denouncing islamophobia because of – and these are his words – in their warped imaginations, the possibility of antipathy towards those who practice Islam. He was brushing aside every attempt to call out islamophobic bigotry, nitpicking at semantics until nothing anyone said out of concern for the welfare of Muslims mattered. And then while he was publishing his post arguing that we shouldn’t care about antipathy toward Muslims, six Muslims were murdered… solely because of one person’s antipathy toward them. But hey, only fools denounce the type of bigotry that led to those Muslim deaths, because that just gets in the way of denouncing Muslims, and that’s what really matters, right David Rand?

As of my writing this, he hasn’t written anything since. I’m somewhat morbidly curious what he’d have to say now. No, really, I’m not. Fuck him.

We need to do better than that. We need to stop fighting against the existence of islamophobia – especially based on idiotic semantic quibbles that ultimately don’t matter one squat, even if they were sound. We need to start acknowledging that, yes, islamophobia is real, it really exists, and unfortunately some of the things we say could be used in support of it. We don’t need to stop criticizing Islam or Muslims, but we do need to be more careful of how we do it, so that our words can no longer be co-opted by dangerous extremists.

We were all victims of the attack in Québec, in a sense. But it’s very difficult to admit that we were also all perpetrators in a sense. We who allowed our community to become a platform for the kinds of ideas and attitudes that led to this attack – whether we were actively pushing those ideas, or merely being bystanders – we need to take responsibility. We need to take a stand. We need to fight the bile in our midst.

I don’t know if the perpetrator of this cowardly, stupid crime was actually one of us. It doesn’t really matter, though. It’s problem enough that he could have been. And I won’t stand for that anymore.

I know my community does not condone violence or terrorism, and has always explicitly proclaimed as much. But that’s not enough. I will also not allow it to be a vessel where extremism can fester and grow while we politely look away and pretend it’s not there. I demand no less of any community, religious or otherwise; and so I demand no less of my own.

Being a force for good elsewhere in the world begins by dealing with the evil in our own community.