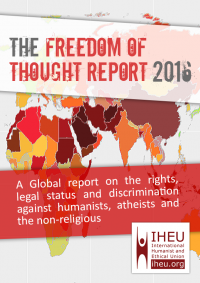 The 2016 Freedom of Thought report is available as open data.