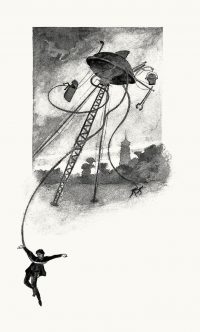 Illustration of how you piss off a science fiction author.