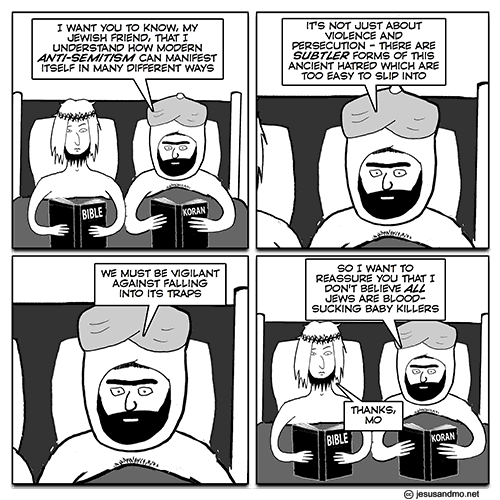 A tip of the hat to this week’s guest scriptwriter, Jeremy Corbyn (who, for the record, I don’t think is antisemitic – just not very bright).

One thought on “Jesus and Mo Wednesday”