Physician-assisted dying is not really my beat, but with the Supreme Court deadline upon us, I thought it was import that we touch base on where things stand.

The last time I wrote about physician-assisted dying, it was to report on the first leaked information about what was going to be in the Liberal government’s bill on the matter. That bill is now known as C-14. (For a quick history of how we got to this point, check the previous post.)

At the time I was disappointed that the Liberals’ bill failed to adopt the recommendations of their own Special Joint Committee on Physician-Assisted Dying (PDAM). The Liberals went exactly as far as the Supreme Court said they had to go, and not a millimetre further. In ignoring PDAM’s recommendations they are almost certainly setting the legislation up for future Supreme Court challenges.

I was not alone in my disappointment. Dying with Dignity Canada condemned C-14; Dr. David Ames characterized the bill as milqetoast, and a mixture of arrogance and ignorance. Most damning of all may have been an Alberta Court of Appeal ruling that the proposed legislation wouldn’t satisfy the Carter ruling.

That ruling sent Justice Minister Jody Wilson-Raybould scrambling to spread fear, uncertainty, and doubt that if her bill wasn’t passed before the deadline, Canada would explode off the face of the Earth… or some shit like that, I dunno; whatever she said made about as much sense as that anyway. PM Justin Trudeau got to the point of crossing the floor and tossing MPs around.

But the bill trundles on; the Liberals doggedly stand behind it in defiance of all legal and reasoned advice to the contrary. 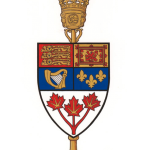 Full disclosure: Back when the Senate scandal was at its peak, I was one of the few voices calling for reform rather than abolition. The fashionable position was to declare the Senate redundant, and to rag on it for being “unelected” and thus somehow illegitimate. My position was that while the Senate was certainly in a mess, it is nevertheless a good idea in theory. A chamber of “sober, second thought” could be – and should be – an effective check on the mindless populism that drives the Lower House. The fact that Harper fucked up the Senate so magnificently by appointing stooges is a condemnation of Harper and his appointment practices, or perhaps of the appointment rules and criteria, but not of the Senate as a whole. (And yes, the lion’s share of the blame for fucking up the Senate falls squarely on Harper’s shoulders. Previous PMs are not without blame, but Harper took contempt for the Senate to a whole new level.)

And a large part of the reason I’m able to do that is thanks to Justin Trudeau, in fact. Trudeau made what was largely seen as a pointless political move in 2014, when he expelled all Liberal senators from his caucus. It could have been a meaningless gesture, but Trudeau has surprisingly stuck to his guns, and seems honestly intent on reforming the Senate in a meaningful and effective way. His recent appointments were all made on the strength of recommendations from an independent advisory committee – they’re not just party hacks being rewarded with a cushy job like the Harper appointments. I haven’t been a big fan of Trudeau in all honesty… but I have to admit: when it comes to Senate reform, he’s doing it right.

And it’s paying off. The Senate has become the voice of reason in the physician-assisted dying debate.

On 1 June, the Senators absolutely grilled Wilson-Raybould and Health Minister Jane Philpott about the bill. The session was actually recorded – a rarity for the Senate.

Most of the objections centred around the bill’s bizarre narrowness in allowing the right-to-die only to people who are on the verge of death anyway, and even then only if their suffering fits a rigorous set of criteria. Here’s one quote, and I’m not going to say whose it is just yet:

You are excluding those who are not at the end of their lives and you’re forcing those individuals to perhaps stop feeding themselves, to mutilate themselves or harm themselves to make themselves eligible for medical assistance in dying.

That’s a fair point. If someone is suffering intensely – but not in one of the ways bill C-14 recognizes – and is technically not in imminent danger of dying, the logical thing for them to do is make their suffering worse in order to meet C-14’s criteria.

In fact, the children of Kay Carter have pointed out – Kay Carter, by the way, is the Carter in Carter v Canada – that Carter herself wouldn’t have been eligible under C-14. Wilson-Raybould is frantically arguing the contrary, but the facts are not in her favour: while Carter was suffering horribly, she was technically not suffering from a terminal illness. Neither, indeed, was the woman in the Alberta case.

Naturally there were some senators making pointless religious objections, and of course a couple tried to mask their motives out of misplaced concern for doctors “conscientious objection” rights. But of course, you have to accept that in any public debate at least some percentage of the participants are going to be dipshits, and some fraction of the concerns raised are going to be idiotic. (The right of doctors to conscientiously object has never been in dispute, and never been an issue in the debate. Of course doctors can refuse to providing a treatment they object to; doctors can always refuse to provide treatment they object to. I’m not sure what C-14 specifies, but PDAM’s recommendations were that doctors should nevertheless always provide an “effective referral”, which is perfectly fair. The pretense of being concerned with doctors’ rights to conscientiously object is just a way for politicians who don’t want to take the debate seriously to at least pretend they are, and to give them an escape route from the issue that they can later use to placate their conservative constituents.)

But the most surprising thing about the Senate’s response to me has been how amazingly non-partisan it has been. That quote above about how C-14 is too restrictive? Would you believe that came from the Conservative Senate leader Claude Carignan? He’s not the only one thumbing his nose at the Conservatives in the Lower House. Conservative Senator Nancy Ruth offered a delightfully well-reasoned “fuck you” to Conservative MPs, and asserted that she wouldn’t vote for a bill that didn’t allow advance consent.

The upshot of all this is that the Senate refused to pass the bill. That means the bill won’t be passed by the deadline on Monday. The Senate has a committee meeting on Monday that will be doing more interviews, but they won’t discuss the bill again until Tuesday.

So if you’re following the story, there’s simply no way the government can meet the deadline. That’s not a major problem in reality, but it is an embarrassment. And the pressure is definitely still on for the government to pass some kind of workable legislation on physician-assisted dying. If you were disappointed by the Liberals’ “milqetoast” bill, there’s still a chance that it might be improved to something closer to what PDAM recommended. And surprisingly, the Senate may be the best hope.

2 thoughts on “Update on physician-assisted dying”