One of the fascinating aspects of the Mouvement laïque québécois v Saguenay (City) case was the way state secularism was defined… repeatedly. Multiple versions of state secularism were discussed and contrasted over the course of the case.

This post is part of a series on MLQ v Saguenay:

The duty of the state with respect to religious neutrality – that is, the nature of state secularism – was not a major topic in the Tribunal des droits de la personne (TDP; or “Human Rights Tribunal”) decision. Judge Michèle Pauzé mentioned the concept only in passing, and even then she merely deferred to previous Supreme Court rulings. It became a central issue with the Québec Court of Appeal ruling, where Justice Guy Gagnon used a legal technicality to throw out Pauzé’s decision – completely ignoring that it was supported by the Supreme Court – and substitute it with his own. Gagnon introduced an idiosyncratic definition of neutrality (that wasn’t really neutrality at all) based on a strangely selective reading of a Supreme Court ruling, and a famously terrible European Court of Human Rights ruling. Supreme Court Justice Clément Gascon spent a great deal of time in the reasoning for the final Supreme Court ruling dealing with the confusion Gagnon introduced.

I’m going to cover the Supreme Court version – the actual version of state secularism that Canada uses – in the next instalment. In this instalment, I’m going to talk about the various versions that were proposed and discussed in the case leading up to it. 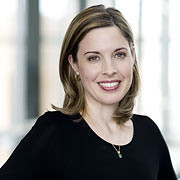 Solange Lefebvre was one of the two expert witnesses hired by Mayor Jean Tremblay (using City of Sagueany money) to defend the prayer. She held the religion, culture and society chair of the faculty of theology and sciences of religions at the Université de Montréal since 2003. She had a Ph.D. in theology from the Université de Montréal, as well as a D.E.A. (diplôme d’études approfondies, an advanced degree) in social anthropology and ethnology from the École des hautes études en sciences sociales in Paris.

Lefebvre was the most quoted witness in Pauzé’s reasoning for the Tribunal ruling, and she spoke at length on multiple topics. She tried to argue that the religiosity of the prayer was not intrinsic to the prayer, and that the prayer itself was merely metaphorical with any religious interpretation coming only from individuals according to their own beliefs. She was also very insistent that if cultural traditions are not maintained, society would fall apart.

But a good chunk of her testimony was about the different ways that states do secularism. She describes four different approaches to state secularism (TDP pp.134–140):

Lefebvre argued that the Québec population is wavering somewhere between type 2 and type 3 – between “secularism-lite” and “transitional secularism”. I don’t think she was correct, and I think the evidence of that came a few years later, when the “Charter of Values” came up for debate. I think Québec demonstrated that it actually ranges between type 3 all the way up to the more extreme interpretation of type 1 – all the way from “transitional secularism” to “anti-religious extremism”. 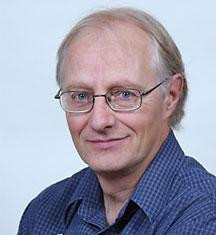 I think further evidence is that – as MLQ’s expert witness Daniel Baril pointed out – Lefebvre misrepresented the position of the Bouchard–Taylor Commission. She claimed the Bouchard–Taylor Commission fit into type 2, “secularism-lite”. However, as Baril pointed out (TDP p.185), it would be more correctly fit into a position between type 2 and type 1, because Lefebvre’s type 2 allowed “traditional” religious symbolism and practices while the Commission report did not (except where it was ridiculous to remove them, like cutting crosses off of formerly religious buildings re-purposed for civic use). Baril decided that Lefebvre’s categories were of little use, because she put MLQ and Simoneau in type 1 and the Bouchard–Taylor Commission in type 2, even though MLQ and Simoneau were literally just asking for what the Commission recommended: the cessation of government prayer.

I am inclined to agree with Baril that Lefebvre’s categories are not very useful. However, I would argue that the reason for that is simply that she screwed up. She missed a very important, critical type of secularism between 1 and 2. (In fact, arguably she missed quite a few types between types 1 and 2.) But we’ll get to that, shortly.

So those were the four types of secularism Lefebvre described:

Now we come to the Québec Court of Appeal. As I’ve described in previous instalments, the Court of Appeal used legal chicanery to completely throw out the Tribunal decision, and then reconstruct it according to its own point of view. They also made a big deal about the question of a state’s duty of neutrality – making it the primary issue (QCCA p.37) – though it wasn’t really something the Tribunal made an issue of. Most of the Court of Appeal’s ‘reconstruction’ is bizarre and suspicious, but the way they ‘reconstructed’ the conclusion about the state’s duty of neutrality is particularly smarmy. 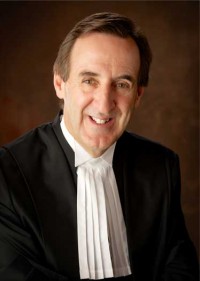 Firstly, Québec Court of Appeal Justice Guy Gagnon didn’t base his arguments on any of the evidence presented at the Tribunal hearing at all. (Recall that he’d declared MLQ’s expert witness Daniel Baril to be an invalid expert witness – wrongly, it later turned out – but he accepted both of Tremblay’s expert witnesses. So Solange Lefebvre’s testimony was still available for him to use; he just ignored it.) He also ignored the Supreme Court reference that Judge Pauzé used. Instead, Gagnon based his rather idiosyncratic definition of state neutrality on a combination of some very selective quoting from previous Supreme Court decisions, and a famously terrible decision by the European Court of Human Rights Grand Chamber.

Gagnon started his argument by insisting that the state’s duty of neutrality is poorly understood (QCCA p.61). I say ‘started’, but that was really the entirety of his argument. You’d think if he thought the concept was so difficult to understand, he might have, yanno, found expert testimony on the topic useful, but no. Gagnon figured he could work this out himself.

Gagnon decides that Lefebvre’s type 1 secularism – anti-religious extremism – is a no-go (QCCA p.65). While that’s fair enough, the problem is he doesn’t make any connections to what was discussed at the Tribunal. Which means that he rules out type 1 secularism even though no party at the Tribunal wanted it; every expert witness – Baril included – agreed that banning the prayer was in line with type 2 secularism (secularism-lite), or at the very least something between types 1 and 2. (Baril even made a point of specifically noting that type 1 secularism was far more extreme than what was being asked for (TDP p.185).)

Instead, Gagnon settles on what seems like a version of type 3 secularism – transitional secularism. It’s impossible to say for sure what Gagnon really wants, because he’s about as clear as lead mud, but I’ll take a stab at it. He deems his version “benevolent neutrality” (QCCA p.76).

Gagnon’s justification for his “benevolent neutrality” rests primarily on the European Court of Human Rights decision in Lautsi v Italy. This was a case about Italian public schools displaying crucifixes in the classroom. After Italy’s highest court ruled that displaying crucifixes was okay because they just reminded everyone that all their laws came from religion (yes, seriously), Solie Lautsi took the case to the ECHR. The ECHR actually ruled in her favour, saying the crucifixes were obviously religious icons (duh, right?), and that it was wrong to put them in places nonbelievers can’t ‘escape’ from (like public classrooms that they have a right to be in). But this judgement caused an uproar, so the ECHR Grand Chamber reversed the decision, arguing that even though the symbols were obviously religious, and even though putting them in classrooms was obviously all about promoting Christianity, that wasn’t enough to constitute discrimination because – get this – it wasn’t actively proselytizing… it was merely passively proselytizing. So, no problems there!

I could go on about the stupidity of Lautsi v Italy, but that would be getting off track. I’ll just say that both the outcome of Lautsi v Italy and the outcome of the Québec Court of Appeal decision in MLQ v Saguenay are the fault of anti-religious activists masquerading as secularists; that is, the people who have turned secularism into an ideology and wish to use it as a club to beat down religious people, rather than recognizing that secularism is simply a way – the only way – to make a truly diverse society work without crippling its diversity. Both the ECHR GC and Gagnon writing for the Québec Court of Appeal made the point of contrasting ‘secularism’ versus ‘neutrality’, based on the mistaken notion that ‘secularism’ means intolerance of any sign of religion – intolerance even the merest whiff of religiosity – rather than what it actually means… which is ‘neutrality’. The reason for that misunderstanding is entirely the fault of the anti-religious activists, who have co-opted the word ‘secularism’, and redefined it to their own ends. It is thanks to those assholes that ‘secularism’ is becoming a dirty word. Notably, even the Supreme Court decision favours ‘neutrality’ over ‘secularism’.

So Gagnon uses Lautsi v Italy to justify denying secularism (QCCA p.73). And arguably, he mis-uses it, because the Lautsi v Italy decision could easily be interpreted as a supranational court admitting it doesn’t have the power to enforce secularism on its member states (that is, once citizens are not being actively coerced, it’s not a matter for a supranational court; member states are free to be passive-aggressively religious).

Gagnon also makes a big fuss about the state’s right to maintain tradition and celebrate culture and history.

Gagnon not only throws all that reasoning out, he completely ignores R. v Big M Drug Mart Ltd.. Instead, he quotes:

In other words, it’s not neutrality at all, ‘benevolent’ or otherwise. It’s magnanimous non-neutrality.

That is how Gagnon justifies the state pushing a watered-down ‘ecumenical’ version of Christianity. So long as the terminology is kept respectably vague, and the God-bothered are not too aggressive about proselytizing, they are allowed to get away with it. Gascon apparently thinks that’s all fair, and it’s how state neutrality should be done in Canada.

I don’t think I could find better evidence of how poorly understood secularism is in Canada – even by people who claim to be secularists. The preponderance of approaches described over the course of MLQ v Saguenay shows that we have a lot of educating to do. We’re damn lucky the Supreme Court gets it – although, depressingly, even they prefer to avoid the ‘s’ word and refer to it as ‘neutrality’.

In the next instalment, I’ll discuss the correct approach to secularism. Which, happily, is the one the Supreme Court has put its stamp of approval on.

2 thoughts on “Indi’s MLQ v Saguenay review: The many faces of secularism”