Gretta Vosper made a huge splash in 2008 when she came out as atheist, despite being an ordained minister of the United Church of Canada. Clergy coming out atheist is hardly news, but what made Vosper stand out was that she insisted on continuing as a minister of the UCC while preaching her atheist beliefs, and that the UCC should affirm her choice. 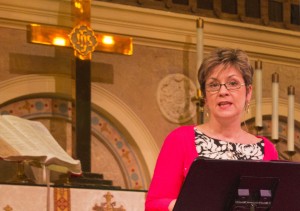 Today CBC Radio’s The Current aired a documentary by producer Gord Westmacott titled “A Matter of Faith.” With Vosper’s career under review by the UCC, the documentary focuses on the theological arguments for and against Vosper’s position.

Normally CBC is terrible at giving a full and unbiased presentation of atheist viewpoints, and Westmacott is as about bad as you’d expect. He introduces Vosper’s sermon by saying, it’s a bit like watching a movie you’ve seen before, but dubbed in a language you don’t speak. And when Vosper asserts I identify as atheist, he has to have it repeated, with the comment yes, you heard that correctly; all that was missing was the record scratch sound effect.

Surprisingly, though, and against enormous odds, Vosper’s position manages to come off sounding remarkably cogent.

I knew Vosper’s story, but I’d never heard her really articulate her side of it. I assumed there really wasn’t much of an argument to be made. No church is under any obligation to keep paying a minister who is teaching something other than the church’s own doctrines. I think most atheists would agree with the position that if you don’t believe a church’s doctrines, it’s not the church that has to adapt, it’s you – you should adapt your ass right out of that church.

But if that’s your position, you will find yourself on the same side as the minister who acted as counterpoint to Vosper. Connie den Bok does something you won’t often see liberal Christian leadership do when talking about the supernatural elements of their doctrine, stating forthright that they actually believe all of that stuff, that Jesus is here wherever two or three are gathered; we see God as the other person in the room. 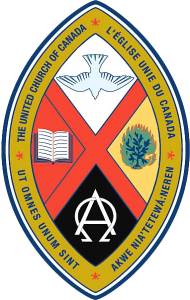 Den Bok’s case should have been a no-brainer. But it turns out that actually trying to explicitly outline it backfired. Den Bok ended up saying some pretty foul things, like comparing Vosper’s atheism to being deaf and smugly pitying her for not being able to hear the unspeakably beautiful music, calling the decreasing religiosity of the congregation degrading and dismissing them as a tribe that will die of natural attrition, and implying that Vosper was deceitful (her word was dishonourable), and playing the media.

Ultimately den Bok’s position comes off as incoherent and self-absorbed. One minute she’s saying that Vosper and those who agree with her are just a doomed fad, and that true believers in Jesus will prevail; the next she’s admitting that Vosper’s irreligiousness is just the tip of the iceberg for a movement that’s been happening within the United Church for quite some time. Her last word is basically writing off the UCC, and saying she’ll take her ball and go elsewhere. Makes you wonder which side is really dying of attrition.

If you think – as I did – that Vosper’s position is silly and untenable, I strongly encourage you to listen right through to the end, when Vosper gets the last word. Westmacott thinks he’s just giving her a chance to make an emotional plea for not losing the only place she feels she can call home. Instead, she makes a compelling case for why she’s doing what she’s doing, and why the UCC should take her position seriously.

And you know what? She’s changed my mind. I think she’s right. I think her church – all churches, really – have to make a choice. Either accept that the old ideas of a supernatural being divinely commanding morality are dated and evolve a new, more rational doctrine. Or draw the line, refuse to evolve, and accept the fate of all things that cannot adapt to a changing world.

If you are like I was, and you think the idea of an atheist minister asking a Christian church to drop the Jesus stuff and embrace a more humanist doctrine is preposterous, I encourage you to give a listen to the documentary, and give Vosper a chance to change your mind, too. Agree or disagree, let me know what you think of her position in the comments.