Ah, CBC. You giveth, then – without fail – you taketh away.

Literally the day after a rather decent documentary about atheist minister Gretta Vosper – which, admittedly, was not decent due to CBC’s editorial decisions as much as it was decent due to Vosper making a good showing of her own case – the CBC was back on form when it comes to their representation of atheist views.

It was during a piece on The Current about Sean Penn’s controversial interview with drug lord and (then) fugitive Joaquin (El Chapo) Guzman, hosted by Anna Maria Tremonti. Tremonti had just moved on to her second guest, crime writer and Toronto Star journalist Peter Edwards.

Edwards starts with a cogent point about the ethical slipperiness of letting a source review a story before publishing, but then bizarrely segues to a non sequitur about God. Edwards was apparently baffled that a drug lord and murderer could believe in God.

Rather than trying to bring Edwards back on topic – or even just staying quiet and letting the topic slide – Tremonti jumps in… with agreement:

Edwards: The part that got me was there― I just wanted to see more. Like he mentioned God, and I thought, my God, you know, this guy actually believes in a god and he’s a drug lord. I wanted that pushed. I, um―

Tremonti: I had the same reaction, by the way―

Tremonti: This guy thinks God is helping him. But keep going.

Edwards: Yeah, so that’s the part where― You know, that one really jumped at me. Like, this guy actually thinks he’s got some ethical framework to his life.

To be clear, Edwards is not some cub reporter – this guy is a seasoned journalist who has gotten in deep with some of the most violent and dangerous organizations in Canada. He’s written about Hell’s Angels and the Rizzuto crime family, among others. This is not a dude who should be labouring under the illusion that believing in a god automatically makes you a good person – or the corollary that if you’re a bad person, that means you don’t believe in a god. For fuck’s sake, Vito Rizzuto was Catholic. He was even buried with full Catholic rites, despite some controversy.

Anyway, Edwards goes on for a bit about how you can coax religious opinions out of murderers before Tremonti finally moves on to the next guy… coaxing him to opine on the disparity between believing in a god and being a drug lord:

Edwards: But these things about your views on a god, [gangsters and murderers] can talk about that. And that’s where it really gets interesting, because you’ve got someone who is trying to have both sides: trying to do something unethical, and keep some sort of moral framework.

Tremonti: I want to ask Franc Contreras about that as well. Franc, you said there was nothing new in there. We did get a sense – or I did, reading it – that you’ve got this cold-blooded murderous drug lord who believes in God, who thinks God is giving him what he has. …

Contreras, a freelance Mexican journalist, doesn’t take up the god issue. Instead, to his credit, he focuses on the economic and social issues. Buzzfeed’s Craig Silverman doesn’t take that bait either. 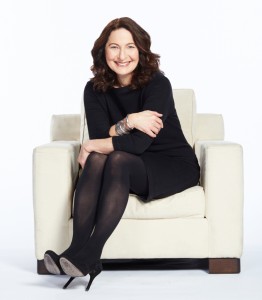 The infuriating thing is that, antipathy toward and ignorance about atheism aside, it’s not a bad piece. CBC is almost never perfect, but our national broadcaster is usually surprisingly good. (On most topics. There is a set of topics they are uniformly horrible on. Also, the quality tends to be much higher on their non-flagship shows.) Tremonti herself is usually quite excellent, as is The Current in general. For a twenty minute long segment, it’s pretty packed with insight about the specific case of the Penn/Guzman interview, and larger questions about ethics in journalism in general. (I actually found Edwards’s final comments about the banality of evil and soap opera actress Kate del Castillo’s Twitter activity amusing.)

It’s just that whenever (a)theism or religion comes up… it’s like they all take stupid pills. In fact, a lot of the time it feels like they specifically go out of their way to be ignorant and offensive about non-belief.

It’s because they can be so good sometimes, and because they’re our national, publicly-funded broadcaster, that I think we should be more adamant about demanding better from them. We can write off crappy journalism, antipathy, ignorance, and straight-up bigotry toward atheists at other news organizations, but I think the CBC is worth fighting for.