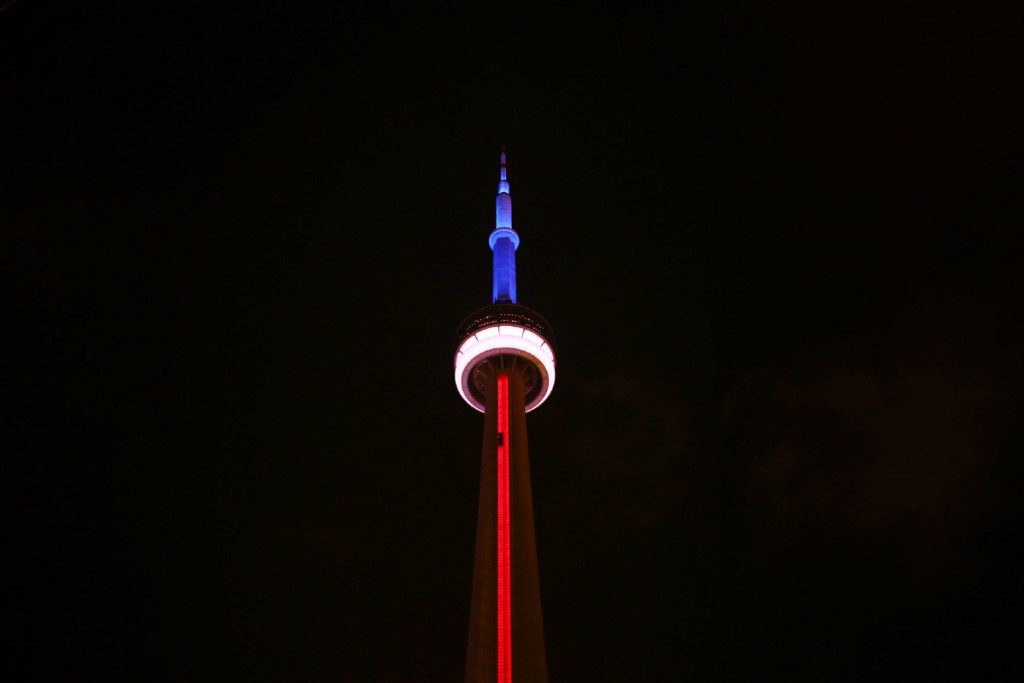 TORONTO, ON – NOVEMBER 13 – The CN Tower lit up with the colours of the French Flag in support of France in the face of tragedy, on November 13, 2015 Cole Burston/Toronto Star

The Globe and Mail reports,

Gunmen and bombers attacked restaurants, a concert hall and a sports stadium at locations across Paris on Friday, killing 127 people in a deadly rampage that President Francois Hollande said was the work of Islamic State and “an act of war.”

“I am shocked and saddened that so many people have been killed and injured today in a number of terrorist attacks in Paris, France, and that many others are being held hostage.

“As the situation continues to unfold, Sophie and I join all Canadians in extending our deepest condolences to the families and friends of those killed. It is our sincere hope that the hostages are freed unharmed as soon as possible. We also wish a speedy recovery to all those who have been injured.

“Canada stands with France at this dark time and offers all possible assistance. We will continue to work closely with the international community to help prevent these terrible, senseless acts.

“Our thoughts and prayers are with the people of France and we mourn their loss.”

Trudeau makes the erroneous assumption that all Canadians’ “prayers are with the people of France.” Trudeau does not speak for me! As one particularly sane tweet points out

8 thoughts on “Mourning for Paris”