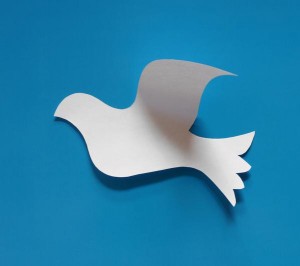 @OxfordWords reminds us today is International Day of Peace.

In 2001, the General Assembly by unanimous vote adopted resolution 36/67, which established 21 September as an annual day of non-violence and cease-fire.

Thirty-two years earlier, in the cosmopolitan city of Montreal, Quebec John Lennon wrote “Give Peace a Chance” during his ‘Bed-In’ honeymoon with Yoko Ono:

In 2014, the OxfordWords blog posted “Infographic: Words for peace Around the World.”

The infographic below shows a selection of translations for peace in other languages, and traces which language families they belong to. Click on the image to learn what peace means in other countries: 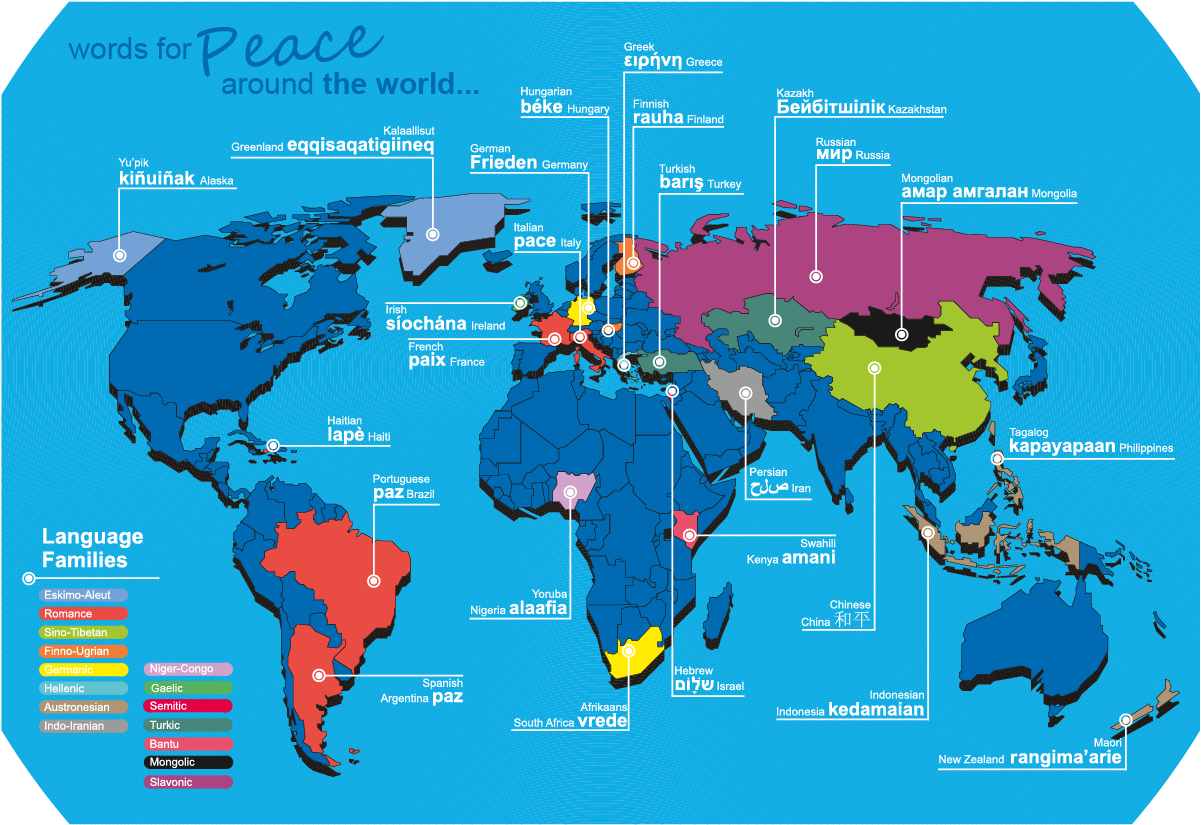