There will be a federal election on October 19th, and eligible Canadians will vote to choose members of parliament from 338 electoral districts (ridings) in Canada because as former Chief Electoral Officer Jean-Pierre Kingsley explains,

Prime Minister Stephen Harper will be a candidate in one of the electoral districts; however, he did not call the election. Under an archaic system, using overtly religious language, Elizabeth II, “by the grace of God,” Queen of England and the “Defender of the Faith,” called for the dissolution of the 41st Parliament of Canada and for an election to chose members to represent Canadians in the 42nd Parliament. 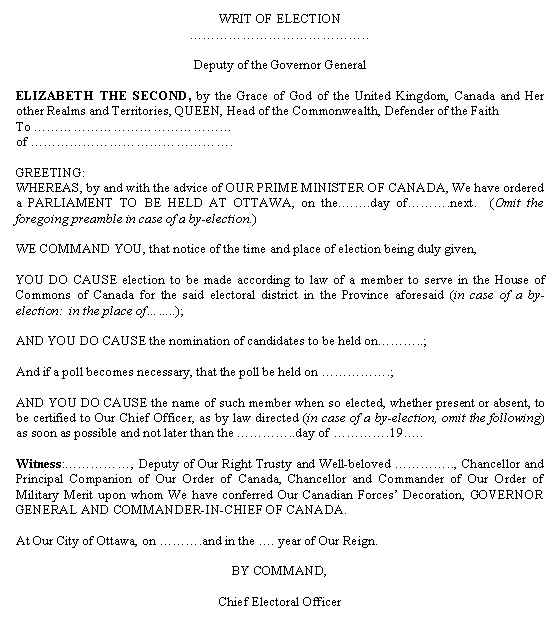 Twitter is all a twitter: your local candidates are tweeting promises and trawling for votes. It is Canadians’ turn to speak up and speak out, so don’t forget to review the updated questions for federal candidates, and ask the candidates in your riding to sign the Candidates Pledge Form.