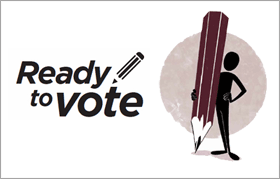 The Canadian federal election is tentatively scheduled for October 19, 2015, and at least one candidate is setting up her campaign headquarters, so this is a good time to start making a list of questions to ask the federal candidates in your riding.

Do you support closing Canada’s Office of Religious Freedom?

Do you support removing the “supremacy of God” clause from the preamble to the Canadian Charter of Rights and Freedoms?

Do you support removing God from the national anthem?

Please use the comments to add your questions to the list; an updated list will be posted on Thursday, June 25.

9 thoughts on “Questions for Federal Candidates”