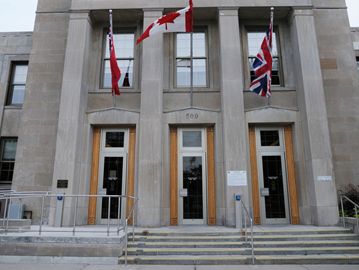 I’d like to thank Indi for his post on the Angus Reid Institute opinion poll “Prayer in Canadian Public Life: a Nation Divided.” I wasn’t contacted by Angus Reid, but if I had been, I would have answered the question on the best way to begin municipal council meetings by opting for “Nothing-just start the meeting.”

In 2011, I began to work toward convincing Peterborough City Council to obey the law and stop reciting the Lord’s Prayer at the start of council meetings. I was successful, and on June 3, Secular Ontario released the following announcement:

Secular Ontario, a non-profit corporation formed to promote and defend the secular and civil nature of Ontario society, is pleased to announce that the legal proceedings between Peterborough resident Veronica Abbass and the City of Peterborough have been successfully resolved in Ms. Abbass’s favour.

On May 29, 2015, the Ontario Superior Court of Justice issued the following order:

The Respondent (Corporation of the City of Peterborough) is prohibited from reciting the Lord’s Prayer or any other prayer at its council or committee meetings.

Ms Abbass is pleased with the result. “The Ontario Superior Court of Justice has reinforced the message that the rule of law applies to mayors and municipal councillors,” she says.

Some Peterborough residents and city councillors are unhappy with the SCC decision, but the council complied.

However, on the day the City received the Ontario Superior Court of Justice decision, this item appeared on the Peterborough City Council Agenda:

City Solicitor and Director of Legal Services
Report OCS15-004
Amendment To Chapter 16 Procedure – Lord’s Prayer
A report to recommend a change to Chapter 16 of the City of Peterborough Municipal Code, the Procedure By-law.

The recommendation, with a few minor corrections, was discussed and accepted by all but one member of the council:

The Council meeting shall commence with the following wording led read by the Chair:

The Council for the City of Peterborough recognizes the principles contained in our Constitution and the Canadian Charter of Rights and Freedoms that enshrine rights and freedoms for all.

We also acknowledge that our Constitution provides that Canada is founded upon principles that recognize the supremacy of God and the rule of law.

We will now take 30 seconds to silently reflect on these principles.

Following silent reflection, the National Anthem will be sung.”

By reciting this passage, Peterborough City Council is thumbing its nose at the SCC and the Ontario Superior Court of Justice.

In addition, a small portion of Peterborough residents are gathering in Confederation Square across from Peterborough City Hall praying for the mayor and councillors:

It wasn’t a protest, they said: just a gathering of people across all Christian denominations who want to pray for city leaders. They’re motivated by the fact that the Supreme Court has recently prohibited the recitation of the Lord’s Prayer before municipal meetings. . . . It’s not a one-off . . . people intend to gather and pray before city council meetings at about 6 p.m. (not committee or planning meetings) over the summer. 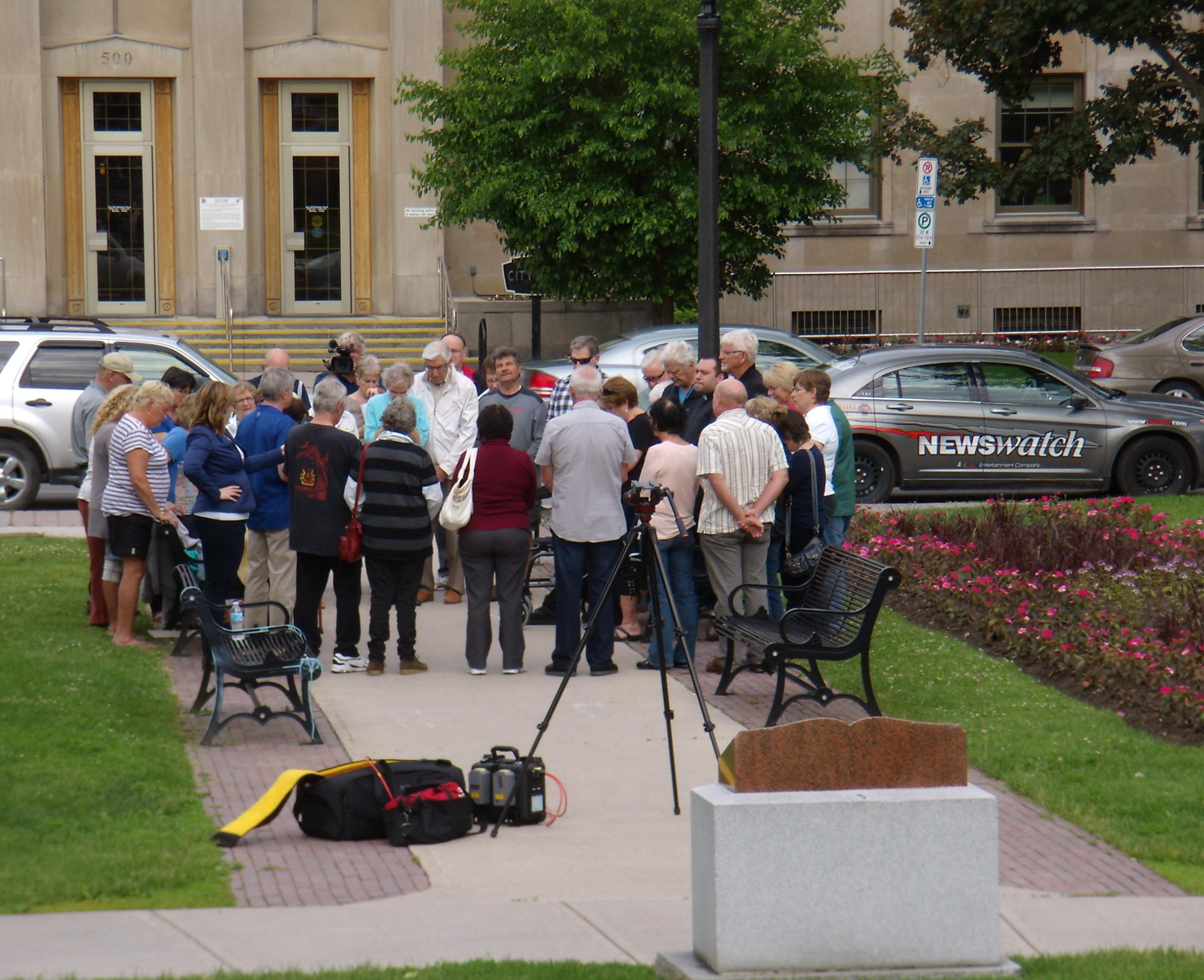 I attended the June 8 council meeting where despite a couple resident appeals against including the sentence,

“We also acknowledge that our Constitution provides that Canada is founded upon principles that recognize the supremacy of God and the rule of law.”

were presented, the Amendment To Chapter 16 Procedure was passed. I am sorry to report that the word God will be part of the formal opening of Peterborough City Council: the opening of meeting and the National Anthem.