Oh dear, a woman was fined after feeding deer in her backyard 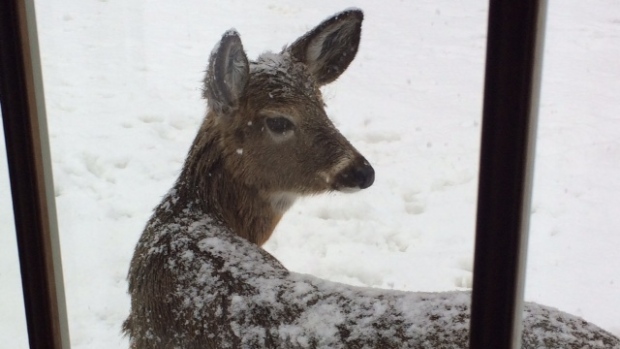 claims in her defense that she has been feeding the deer because they lacked a proper food source since winter began.

According to The Weather Network,

The Nova Scotia Department of Natural Resources discourages feeding wild animals, claiming it disrupts their natural foraging patterns and exposes them to greater risk from disease, predation and vehicle collisions.

Feeding deer is specifically discouraged due to the threat of Lyme disease, which is commonly spread to people by deer ticks.