A recent survey by Pew Research tells a sad tale for Christians; in a mere eight years, their ranks have been reduced by 10%:

To be sure, the United States remains home to more Christians than any other country in the world, and a large majority of Americans – roughly seven-in-ten – continue to identify with some branch of the Christian faith. But the major new survey of more than 35,000 Americans by the Pew Research Center finds that the percentage of adults (ages 18 and older) who describe themselves as Christians has dropped by nearly eight percentage points in just seven years, from 78.4% in an equally massive Pew Research survey in 2007 to 70.6% in 2014.

Christians are asking how this happened. The answer is obvious: a major event  in 2007 hastened the decline of Christianity. On May 28th 2007, Ken Ham opened his Creation Museum in Kentucky, and the world let out a great belly laugh. Christians embarrassed by such utter nonsense are fleeing Christianity in droves. 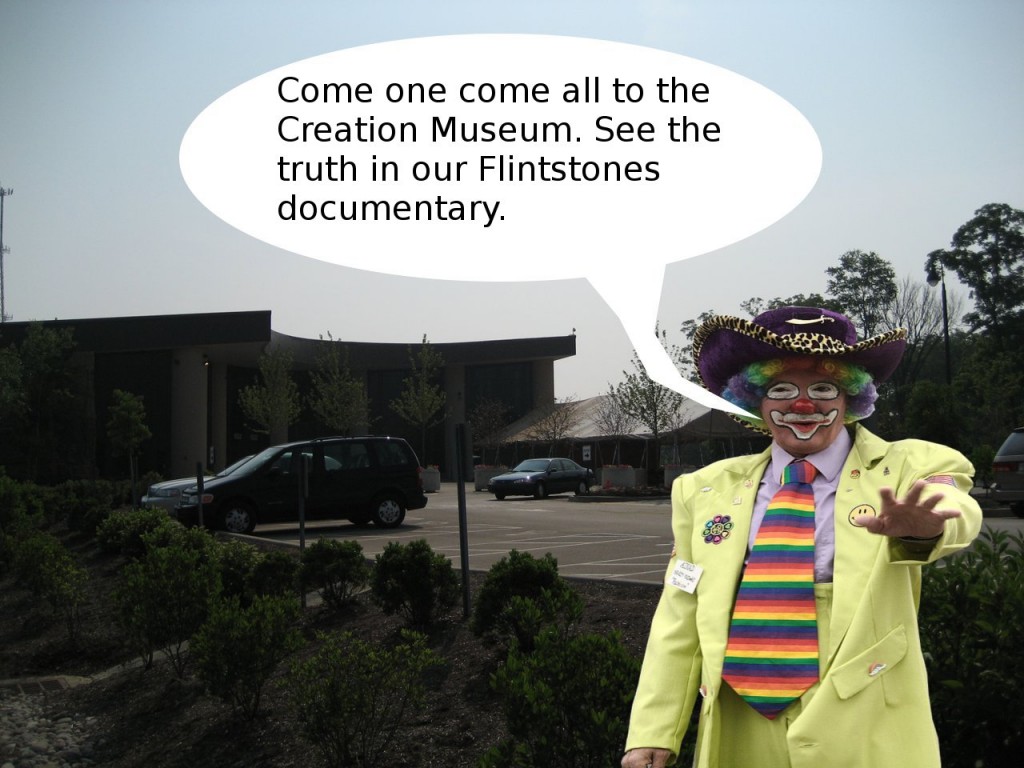 I proclaim Ken Ham a friend of atheism. His unrelenting desire to promote idiocy is a great help in turning people away from Christianity. Great work Ken, keep it up!

One thought on “Creation Museum Speeds the Decline of Christianity in America!”