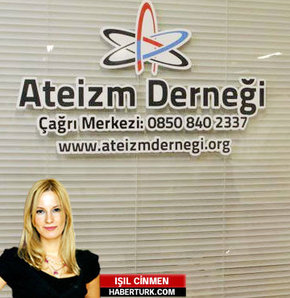 the first Atheist Association in the Middle East, Balkans and among countries with predominately Muslim majority.

However, according to Hurriyet Daily News, the Gölbaşı 2nd Civil Court of Peace in Ankara, Turkey, is making it difficult for Turkish Internet users to access the

It took less than a year for a Turkish court to block the website of the country’s first official atheism association. . . .

The court ruling cites Article 216 of the Turkish Penal Law, which forbids “provoking the people for hate and enmity or degrading them.”

There is a double standard in Turkey, where an Atheist insults a Muslim he is punished, where a Muslim insults an Atheist he is applauded.

but has a message for its foreign supporters,

The Association of Atheism is representing its members and supporter[s] at the highest levels possible and will continue to do so.

Ateizm Derneği includes a copy of its report, “The Association of Atheism on Legal Personality in Turkey,” on its website.