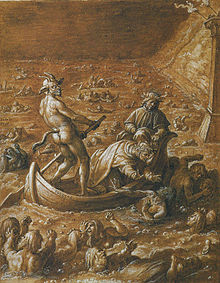 “You cannot” is a command that can evoke the opposite response: “I can, and I will,” especially when this command is uttered by the man Paul Fidalgo (affectionately?) refers to as “Pope Fluffy.”

The nickname “Pope Fluffy” is reminiscent of the rhyme “Fuzzy Wuzzy“:

Fuzzy Wuzzy was a bear,

Fuzzy Wuzzy had no hair,

“Pope Fluffy” is best ignored, but not everyone agrees. Ron Lindsay President & CEO, Center for Inquiry, Transnational, decided to respond to “Pope Fluffy”‘s widely publicized assertion that “there are limits to freedom of speech, especially when it insults or ridicules someone’s faith” with a Huffington Post article that makes it clear that

Of course, Pope Fluffy is wrong, so why waste the time paper and ink to tell him so?

morally reprehensible comments regarding the violence in Paris against the satirists at the French weekly, Charile Hebdo.

I can, but I won’t discuss or criticize Jorge Mario Bergoglio (“Pope Fluffy”). He should be ignored until he fades into oblivion or into one of Dante’s circles of hell.