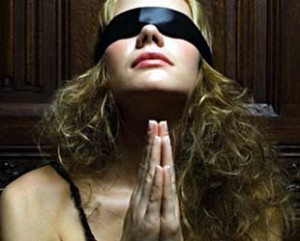 From the Toronto Star: “Your belief that your husband would resurrect is not an issue,” Superiour Court Justice Marjoh Agro said at her plea Monday.“This is not about your religious beliefs. It is about your safety, the safety of your children and the safety of the community at large.”

A 50-year-old-woman in Hamilton’s north end sealed the corpse of her deceased 52-year-old-husband in her bedroom and taped shut the ducts in hopes that her husband would be resurrected.

“We were trusting God . . . we thought, ‘OK, Lord, you know better,’ ” Kaling told the Hamilton Spectator after court Monday, with lawyer Peter Boushy by her side.

Now that’s showing consistency with one’s faith while refusing to accept facts, even when right in front of you.

3 thoughts on “Blinkered by Faith: Hamilton Family Left Corpse in Bedroom for 6 months Hoping for Resurrection”