Stop giving money to The Salvation Army. Seriously, stop it. They are not a charity, they are a church. They are an evangelical Christian church. This is not opinion, this is fact.

Would you like to take the Christ out of Christmas, but don’t know where to contribute money for a worthy cause that doesn’t come with Jesus attached? If so, you can support the Kelowna Secular Sobriety Group! 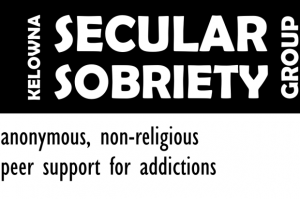 January will mark two years of helping local people tackle their addictions. The first non-religious addictions peer support group in Kelowna follows the SMART Recovery program which encourages self-empowerment by providing a safe, respectful and anonymous setting for anyone who wants to work towards becoming and staying alcohol and drug-free.

The Kelowna Secular Sobriety Group has helped many local people who have been struggling with addiction.

One regular participant in KSSG meetings, Tim, found the group so helpful in getting and staying sober, that he has recently trained as a SMART Recovery facilitator himself and is starting a couple of new groups in the New Year.

4 thoughts on “A Worthy Cause”