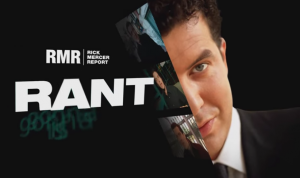 Earlier this week, Rick Mercer ranted about treatment of science by the current Canadian government. His words echo the statistics I’ve written about previously, that talk about how Canadians are overwhelmingly pro-science (an attitude that does not match our current government’s anti-science stance). Mercer points out that the government didn’t just eliminate the position of Office of the National Science advisor, they bragged about it. The only time Canadians hear from scientists, Mercer remarked,

….is when they’re being told to shut up or they’re being shut down by a government who can’t even begin to understand what the scientists are talking about.

As you may know, the Harper government fired or silenced scientists. This silencing is well documented in the CBC Fifth Estate program, Silence of the Labs.

Thankfully, Evidence for Democracy, a grass roots group comprised of scientists, science communicators and concerned citizens, “advocates for the transparent use of science and evidence in public policy and government decision-making” (from the organization’s Web site). Their vision is:

They have organized campaigns and provide helpful resources. Take a look at what Evidence for Democracy is doing & do watch Rick Mercer’s Rant video.