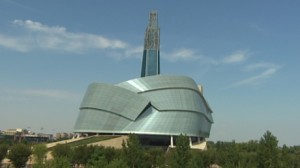 The concept that gay rights are human rights should never be questioned; it should be a “truth universally acknowledged,” not just enshrined in human rights codes. The Canadian Human Rights Act, the Canadian Charter of Rights and Freedoms, and the Ontario Human Rights Code are not documents in a museum; they are living documents supported and reinforced by provincial education acts.

Quinn Maloney-Tavares and Polly Hamilton are aware of this; unfortunately, the principal at St. George (Catholic) School in Ottawa and members of the Ottawa Catholic School Board (OCSB) are not. Quinn and Polly,

Two students at St. George Catholic School in Ottawa were assigned a project on social justice. They chose gay rights, but the principal said that a presentation on that topic would be inappropriate for children. . . . Initially, the Ottawa Catholic School Board’s position . . . was that the curriculum already “covers all topics around personhood, relationships and sexuality and is developed and taught in an age-appropriate manner” and that “the principal’s decision was made in this context and with the understanding that the project was going to be presented to younger students.”

After the press released the story, the OCSB chair says he has “reviewed the matter” and the principal at St. George Catholic School,

will be inviting the students and their parents in “for a follow up discussion to resolve this matter” adding that “we support the students’ sense of fair play and respect for all persons.”

although the statement stopped short of saying the girls will be allowed to do their project about gay rights, she’s hopeful that they will.

“We absolutely hope that it means the girls can do their project,”

This skepticism has led to a petition: “Gay Rights Are Human Rights”

Lesbian, gay, bisexual and transgendered kids across Canada have it hard enough. The kids at St. George’s Catholic School deserve a gay-positive Prinicipal, one who will support two brilliant kids who want to discuss gay rights in their classroom.

The Ottawa Catholic School Board and Ann Beauchamp should deliver a public apology.

No kidding! Ontario publicly-funded Catholic school boards should stop taking direction from someone they call the “The Holy Father” and stop “desperately trying to hold on to the fiction that it [can] be Catholic and public at the same time in 2014.”

Better still, Kathleen Wynne and the Ontario government should stop funding two school systems and ensure that all Ontarians’ human rights are protected by one publicly-funded school system in Ontario.