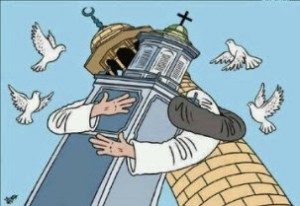 According to World Bulletin, Muslim and Christian scholars in Egypt have teamed up to forge “a ‘scholarly response’ to atheism.”

According to Halim, a spokesman for Egypt’s Coptic Orthodox Church, over the past three years, atheism has been “spreading increasingly”.

The article explains that:

But since the 2011 youth-driven uprising, which led to the ouster of autocrat Hosni Mubarak, many young Egyptians have begun to openly proclaim their atheist convictions – mainly on social media – which has alarmed the country’s religious institutions.

Normally, I would take this as a good sign that atheists are worrying established religious institutions, but I’m concerned that Egyptian atheists will be prosecuted for “defaming religion” as they have been in the past.

I wonder if Canada’s Office of Religious Freedom will stand up for Egypt’s atheists.