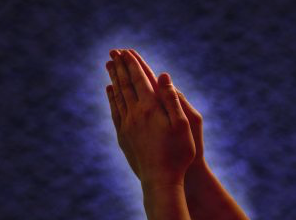 It looks like it’s time for legal action against another Alberta public school for their weekly Lord’s Prayer. CTV reports that Win Ferguson public school in Fort Saskatchewan, Alberta reads the Lord’s Prayer once a week at assembly and has been doing so for 37 years. A poll the school conducted reports that 90% of parents are in favour of this recitation.

One parent, Allayah Vandersleen, is unhappy with this and when she complained to the school, they told her that her daughter could read a book or sit in a hall during the reading of the Lord’s Prayer. Rightly, Vandersleen doesn’t see this as a real choice because exercising these options would make her daughter stand out as different and potentially open her up to ridicule. I agree. I was forced to recite the Lord’s Prayer when I was in elementary school and I hated doing so but I sure wasn’t going to stand outside like the Jehovah Witness kids because those kids were pretty much ostracized from the other students.

The school doesn’t seem to understand that this isn’t a majority rule situation, at least not according to the Canadian Charter of Rights and Freedoms, which guarantees Freedom of Religion and Freedom of Conscience. Foisting one particular religion (in this case Christianity) on students denies those freedoms to non-Christian students. Would the 90% of parents who agreed to the Lord’s Prayer feel the same if there were a Muslim Salat each week? I suspect not.

We’ve been here before with Alberta. In 2013, Melanie Bell complained when her child was reprimanded for not participating in the Lord’s Prayer at Dr. Hamman School in Taber, Alberta. In this case, the school decided to stop the practice.

However, things get tricky with Alberta and this is probably the reason why we keep hearing of school prayer happening in that province. Alberta’s School Act allows religion to enter classrooms. Below is the relevant section:

I don’t expect a provincial act to trump the Canadian Charter of Rights and Freedoms and according to the Canadian Civil Liberties Association article about the 2013 case:

Canadian courts have recognized the effect of peer pressure in the classroom, which may effectively compel members of religious minorities to comply with religious practices and thus violate a child’s freedom of religion and conscience.

It’s time Alberta’s School Act faced a constitutional challenge. Similar challenges have occurred in Ontario and BC:  In 1988, the Ontario Court of Appeal ruled that the provincial legislation that required religious exercises in public schools at the beginning and end of each day was unconstitutional because it violates s. 2(a) of the Charter. In 1989, the BC Supreme Court ruled similarly.

I hope Allayah Vandersleen helps change Alberta’s antiquated School Act; it has no place in a public school.