October is Women’s History Month in Canada, an opportunity for Canadians to learn about women’s and girls’ valuable contributions to our country’s history – and to the quality of our lives in the 21st century. 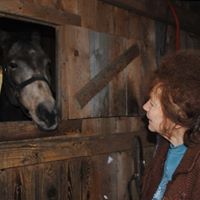 Dagmar Gontard-Zelinkova, who died at her residence on Baptiste Lake, Ontario on August 12, 2014, deserves a a special place in the history of women’s valuable contributions to our country’s history – and to the quality of our lives in the 21st century.

In the Spring of 2012,  Dagmar published an article in Humanist Perspectives, “Secularist Crusade Frees Three Municipalities From the Lord’s Prayer,”  summarizing the success of her “crusade against [the recitation of] the Lord’s Prayer” in municipal council meetings. In her article, Dagmar remembers her friend and fellow crusader Bill Broderick:

On the morning of October 1 Bill Broderick . . . quietly left this world. These are the words from his last message to his fellow Humanists: “It comes to all of us in time. I’m proud to have been of some service to [Humanist Canada] and humanism along the way. But the time has come to pass the torch.”

Dagmar’s concluding words in the Humanist Perspectives article are for Broderick:

Rest in peace, dear Friend. The torch is burning bright. When the time comes, I too will pass it on.

As I read Dagmar’s article shortly before Dagmar’s death, I thought,

Thank you Dagmar for sharing the torch with me.

Dagmar was a very active and diligent freethinker. Her criticism of religious anti-modernism was effective and rigorous. She defended and promoted secularism with courage and determination at a time when many around her reacted with a cowardly silence or opposition. We will remember her as a woman enthusiastically committed to the causes which she held dear and as a person of great serenity both in life and in death.

Dagmar, who arrived in Ontario in the 1980s, “considered herself a citizen of the world”; her courageous and unfaltering contribution to the history of secularism, humanism and freethought in Canada places her in the annals of Canadian women’s history.

Thank you, Dagmar, your torch is burning bright.