Michael Willems is a photographer, writer, educator, engineer, world traveller, and soon grandfather, who lives in Oakville, Ontario. He has written for Canadian Atheist before, on why there is no god. This time, he explains why belief in a god is a bad thing. 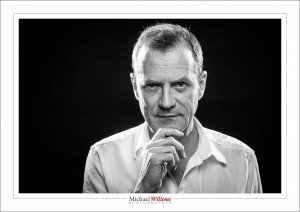 In an earlier article I talked about why I am an atheist. Summarizing: because there is no evidence for a God. Not just “no complete and convincing evidence”—no, there is no evidence worth that name at all. And that is the end of the discussion, as far as I am concerned. Atheism is the lack of belief, given present evidence, in a deity. And theism is the belief that such a God exists. This really is simple. If you believe a God exists you are a theist; if not, you are an atheist.

But today let me talk about something entirely different. How religion is not a force for good; how all too often, it is a force that at least slows progress.

It is important not to mix up the two discussions. One: there is, based on the evidence available, no god. Two: the belief in a god is harmful. These are unrelated discussions.

I emphasize the need to separate the two discussions because theists often lump them together. This is the “if there were not God, there would be no moral code; so it’s better that there is a God” argument. An example of woolly wishful thinking. The wish for a God, even the feeling that there is a need for a god, does not mean that such a god exists. Conversely, if you believe religion is wrong, as I do, that does not form the basis of (or even form part of) your argument that there is no God. That, as said, is a separate discussion. The reason I engage in the present discussion is not to disprove a god. A bad god does not mean he does not exist; a good god does not mean that he does exist. Rather, it is to explain why it is important that we urgently tackle the existence or lack thereof of a god.

So is god a good thing? I argue that no, absolutely not. Because the belief in a god implies three things.

First, religion means a suspension of logical thought. You must not think too much, you must have “faith”, i.e. you must believe in the absence of evidence. In science, this is wrong. In religion, it is the essence. Thinking, which got us to the moon, increased our life span, brought us surgery and vaccines, and freed us of irrational fears, is actively discouraged by religion. This is a great detriment to humanity. Progress is made in spite of the church (think Galileo), not because of it. Sure, Bach made great music praising God, but in the absence of God he would have made great music praising the female form, or sunrises, or the stars at night. Progress is made in a religious society, but much more slowly than it would be without religion.

Second, there is inevitably a “must-do” code of behaviour imposed by this god. Thou shalt do this. Thou shalt not do that. A very detailed code, invoking what seafood we eat, how “our” women must dress, when a rape victim must be stoned to death, what sexual behaviour is permissible (hint: in Judeo-Christian religions this is “basically none”—the obsession with sex is remarkable). This code is not designed to make society better; it is designed to sustain the patriarchal society of the men who wrote it. It is also by definition anachronistic. In civil society we have hundreds of lawmakers in parliament, constantly making, deleting, adding, and changing laws to match an ever-changing and developing society. Religion does not do this. What is good for a bronze age shepherd in the Middle East must be good for you in 21st century Canada. This too slows down societal progress and causes  injustice. It does so because it is not merely applied to the religious: the religious code is also applied to others. Never mind separation of church and state: the Roman Catholic Church is a big influence in lawmaking. Because you believe in a magical deity, for example, I cannot end my suffering if I have intolerable end-of-life pain. Or because a parent believes in her god’s imaginary edicts, her child does not get a life-saving blood transfusion. On what planet is that right, or good, or just? My morality is good, thank you, even though it is not imposed by shepherds who lived 5,000 years ago.

Third, religion was written by humans and is today still managed, and used, by humans. Religions have priests, rabbis, mullahs; people who tell you what God really meant. People whose will you must follow, because they represent the will of God. I often think religion would not be so bad if I were the Pope; but I am not. There is someone in charge. Someone who can impose his (invariably it is “his”, not “her”) will on others; a proxy god whose orders may not be questioned. That too is wrong. We can make up our own minds, thank you very much. No god should be used to force us to go join ISIS to kill unbelievers.

Let’s look at a few objections to my viewpoint; objections I hear often from believers.

First, there’s “atheism is a religion too”. This is patently nonsense. Atheism is merely the lack of belief in a god. If evidence for a god arises, I will be happy to change my mind and to submit to His holy will. Atheism is not a religion because:

That is why atheism is not just “not a religion”, in many ways it is the exact opposite to a religion.

“OK Michael, but we cannot know everything. The universe has many unsolved mysteries. Like, look at Heisenberg’s Uncertainty Principle. And anyway, you cannot be sure”.

Yes, the world sure does have many mysteries. But nothing justifies filling these gaps with fairy tales. No scientist will ever claim “I know everything”. As for being sure: negatives are hard to disprove. Do I know for a fact that the prime Minister is not in my garage at this moment? No, I cannot know that with certainty. For all I know he IS in my garage at this very moment. But until and unless I have evidence to support that claim, I am sure he is not.

“But without a God we could just go and rape everyone we wanted”. This one I will give you. It is true. I have no god imposing a moral code on me, so I can rape everyone I want. And, in the words of TV magician Penn Jillette, “indeed I have done this”. Like him, I have raped every woman I have ever wanted to rape. Namely, zero of them.

Religion stops progress and tells people they must not think. I argue strongly that we should think for ourselves. That is why we should discourage religion at every turn. By education. Not to force people what to think. But rather, to force people to think.

8 thoughts on “Why we should imagine no religion”