Both believers and non-believers have criticized atheists for dismissing religion because its claims cannot be proven scientifically (that is, using the scientific method). In doing so, the criticizers explain, the atheists miss an important aspect of belief, which is that religion plays an important role in society. The atheist, Frans de Waal infamously proclaims this in his book, The Bonobo and the Atheist and presents it in his interview on the CBC show, Tapestry.

This criticism is unwarranted. Atheists do indeed understand religion’s social aspect and the importance it plays in the lives of believers; indeed many of today’s atheists are former believers who took on an active role in their belief. Atheists, however, value truth over fantasy. They willingly leave religious social constructs because staying in them is painfully dishonest.

Several atheists who were once immersed in religion, have written books that detail their personal journeys from belief to non belief. These books provide life-long atheists, like me, a glimpse into the believer’s world. 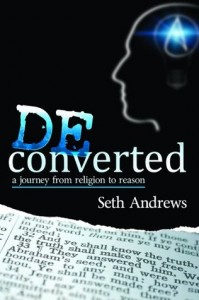 Seth Andrews, the popular host of the podcast, The Thinking Atheist explains his former religious life in his book, Deconverted: a Journey from Religion to Reason. Seth is the son of educated theologians and he experienced his childhood within a cocoon of religion, attending a private religious school and learning about the world from a decidedly Christian perspective (including literally believing Noah loaded dinosaurs onto the ark). When Seth reached adulthood, he continued in his Christian cocoon by working in Christian talk radio. Over the years, his inner doubts became louder and he eventually left his Christian world and became a full blown atheist. In leaving behind his Christian life, he lost many friends and family who couldn’t accept his lack faith; he even wondered if he would be able to find work in the very Christian Oklahoma.

It is through Seth’s journey that the reader learns about how tight the social connections are in Christian groups, how good they feel to the group members and how devastating it can be to leave them. 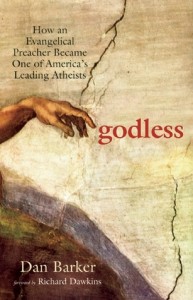 Dan Barker also illuminates these points in his book Godless: How an Evangelical Preacher Became One of America’s Leading Atheists. Dan Barker, as Wikipedia outlines:

….received a degree in religion from Azusa Pacific University and was ordained to the ministry by the Standard Community Church, California, in 1970.  He served as associate pastor at a Religious Society of Friends (Quaker) church, an Assembly of God, and an independent Charismatic church.

Dan was active in preaching for 19 years and in describing how evangelical he was, Richard Dawkins states that “he was the sort of preacher you wouldn’t want to sit next to on a bus”.

In his book, Dan talks about the bliss he felt during sermons and how that is absolutely real. He explains in Godless:

I do not deny that spiritual experiences are real. They happen all over the world, in most religions.

Dan Barker also provides an account of the social aspect, for his life was completely integrated into his faith as an evangelical preacher and song writer. In leaving his faith and eventually becoming co-president of the Freedom From Religion Foundation (FFRF), he lost not only his livelihood, but his marriage and many friends.

Both these books show that atheists do indeed understand the social aspect of belief but they also value truth, as Dan Barker states about religious experience:

I deny that they point to anything outside of the mind. I had many religious experiences, and I can still have them if I want. As an atheist, I can still speak in tongues and “feel the presence of God.”

In the end, it is not that atheists do not recognize the security of religious groups, it is just that they value truth over fiction and move to another community (of atheists) who share their values. I have read both these books and I highly recommend them.