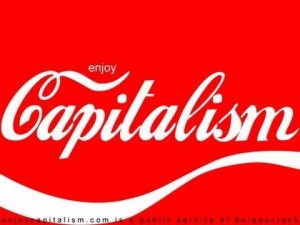 Our Federal government is actually spending money on erecting a monument to the victims of communism. I find this absurd. I know I find it absurd because my first reaction, upon hearing it announced on CBC this morning, was to laugh out loud. I guess that was my System 1 reaction; what follows is my System 2 reaction.

This federal government seems to be driven mostly by ideology and where ideology conflicts with facts, they tend to obscure the facts: case in point – the firing or silencing of scientists whose work has to do with the environment while the government is looking to sell lucrative tar sands oil. The current government also thinks communism is bad, I suppose, because why else create such a monument even though, to my knowledge, Canada has never been a communist country? I do know that Harper’s government would like to distance itself from Liberal politics. In this light, it makes sense it would also show how different it is from Trudeau, who the Americans eyed suspiciously because of his visits to the Soviet Union in the 1950s and his close friendship with Alexander Yakolev, the Soviet politician “exiled” to Ottawa for his radical beliefs that would later make their way into Mikhail Gorbachev’s programs of glasnost and perestroika).

So why should I care, aside from the tax cost, about this monument? Because the state is pushing its opinion of a socioeconomic ideology and as a free thinker, that doesn’t sit well with me. Sure, I would feel differently if it were a monument to those who died for being free thinkers (some of those were killed under communist systems) but that is because free thinking is a right Canada recognizes (freedom of consciousness, freedom of religion).

It is telling that I happened upon a fact that exposes Stephen Harper’s opinion about communists. It was in a small comment in an article by Jeremy Kinsman of the Canadian International Council. Kinsman’s article compares the accusations delivered surrounding the Soviet downing of a Korean jetliner in 1983 with the downing of MH-17 (the airliner downed over Ukraine recently) and why it is essential in such situations that an impartial referee be brought in to prevent dangerous escalations:

In the days after the KAL downing, some U.S. officials claimed that Washington had evidence from radio intercepts that the Soviet forces knew that what they were confronting was a civilian airliner.

In fact—fair warning to those who believe everything “high government sources” say—the transcripts of the intercepts indicated the opposite.

When then Prime Minister Pierre Trudeau learned (because Canada had access to these transcripts) that false accusations were being made out of ideological rivalry and geopolitics, he launched his international (and end of office) “peace initiative”… an exercise in developing transparent international rules of the road for crisis management in conditions of high risk.

The interesting part is according to this article, Stephen Harper derided this initiative as “an exercise in moral equivalency”. I suppose one shouldn’t be fair with commies.

Harper should take note: ideology has a way of getting away from you; just look at Russia right now with Vladimir Putin’s embrace of a jingoistic, nationalistic ideology used to whip up the citizenry! Now he has no easy way out of the corner he has backed himself into.

Besides, this whole monument thing – it feels a little Stalin-y.