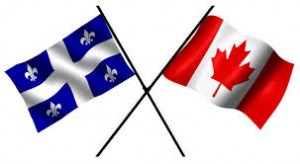 House of Commons MP Pierre-Luc Dusseault (NDP/Sherbrooke) has publicly come out in support of Amnesty International’s efforts to free Badawi and his office has even contacted Foreign Affairs Minister John Baird’s office to express these views.

Sean McGuire, who lives in Quebec, is proud to be a resident of the province where Ensaf Haidar, the wife of jailed Saudi blogger Raif Badawi, and her three children are living.

Sean, who blogs at My Secret Atheist Blog and is always on top of the inertia of the Office of Religion Freedom when it comes to atheists abroad, is justifiably upset that the ORF has taken no action agitate for Raif Badawi’s freedom. It is Amnesty International Canada that is asking for the Canadian Government’s help, but as McGuire says,

I’m not holding my breath, but we should try to at least get Badawi’s plight somewhere on this list of official condemnations and concerns over at the Office of Religious Freedom. We did get a promise of sorts that they are just as concerned about violations against atheists. Perhaps we could get a backroom whisper?

What can we do to help Raif Badawi and his family? McGuire suggests,

If you tweet then contact Ambassador Andrew Bennett @FreedomReligion, Foreign Minister John Baird  @HonJohnBaird and the Office of Religious Freedom’s Facebook Page. Use the hashtag #FreeBadawi and #FreeRaif.

Also, make noise. Write into media outlets — especially in Quebec. I say this because within secular Quebec higher level officials may take up the mantle for Badawi. They might also see it as an opportunity to beat the Federal government over the head as well — often a popular sport here in Quebec.

Imagine watching Quebec versus the government of Canada for a worthy cause; it deserves its own Google Doodle

One thought on “Sean McGuire “proud to be a Quebecker””