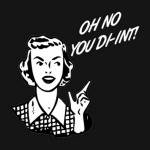 Kate Kelly, a human rights attorney and the founder of Ordain Women, a group that advocates for the ordination of women in the Church of Jesus Christ of Latter-day Saints, was tried in absentia by an all male panel and found guilty of apostasy for attempting to persuade members of her congregation that women should be allowed to take on official priestly duties in the LDS church . The crime for apostasy in the LDS church is excommunication (or shunning really). According to The Salt Lake Tribune, which published the letter Kelly received in an email, her Bishop, Mark Harrison lays out her discipline as follows:

You may not wear temple garments or contribute tithes and offerings. You may not take the sacrament, hold a church calling, give a talk in church, offer a public prayer in behalf of the class or congregation in a church meeting, or vote in the sustaining of church officers. These conditions almost always last at least one year. If you show true repentance and satisfy the conditions imposed below while you are no longer a member, you may be readmitted by baptism and confirmation. “In order to be considered for readmission to the church, you will need to demonstrate over a period of time that you have stopped teachings and actions that undermine the church, its leaders, and the doctrine of the priesthood. You must be truthful in your communications with others regarding matters that involve your priesthood leaders, including the administration of church discipline, and you must stop trying to gain a following for yourself or your cause and taking actions that could lead others away from the church.

The Washington Post consulted experts on Mormon History who say that this charge of apostasy is “part of a wave of some of the highest-profile excommunications in decades”.  It appears the church is having a bad reaction to some of the more liberal secular influences in mainstream society, for the letter continues:

….you have persisted in an aggressive effort to persuade other Church members to your point of view and that your course of action has threatened to erode the faith of others

We really shouldn’t be surprised; the Abrahamic religions are notoriously patriarchal if not downright misogynistic (a characteristic that starkly contrasts secular, Western values – thank Zeus!). I’m sure Kelly is in a lot of pain right now as she is cut off from her community, but I hope she refuses to repent and finds another community more deserving of her dedication. Of course, I think she should abandon religion altogether, but maybe she’ll join a more liberal church (baby steps) that embraces men and women equally.