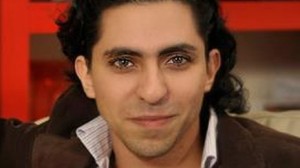 On May 20th, the International Association of Free Thought (IAFT) sent an appeal asking for the release of Saudi blogger Raif Badawi.

On May 23, Atheist Freethinkers joined the appeal launched by the (IAFT) with the following press release sent to John Baird, Minister of Foreign Affairs, and Ambassador Andrew Bennett, office of Religious Freedom:

Canada Must Demand the Release of Saudi blogger Raif Badawi

Montreal, 23rd May 2014 — Atheist Freethinkers (LPA-AFT), an association which promotes secularism and supports the rights of atheists, asks the Honourable John Baird, Canadian Minister of Foreign Affairs, to demand that the government of Saudi Arabia release the blogger Raif Badawi who is currently imprisoned in that country for the “crime” of insulting Islam. Mr. Badawi was given an initial sentence of 7.25 years and 600 lashes, but that punishment was increased recently to 10 years, 1000 lashes and one million ryals (about $290,000 CDN).

Raif Badawi is the creator of the web site Free Saudi Liberals through which he peacefully expressed his opinions. He is accused of being a threat to general security, of failing to be obedient as he criticized certain religious authorities, and of violating Islamic values. In the past, Mr. Badawi had already faced accusations of apostasy for which Saudi Arabia, as well as several other majority-Muslim countries, apply the death penalty.

Furthermore, Saudi Arabia recently raised international outrage by adopting a series of laws which designate atheism as a form of “terrorism” and stipulate severe penalties, sometimes even death. It is now a criminal act in that country to visit an atheist web site or communicate with an atheist organization.

The association LPA-AFT thus joins the appeal launched by the International Association of Free Thought (IAFT), of which it is an affiliate, for the release of Raif Badawi and for the respect of freedom of conscience in Saudi Arabia. We ask Minister Baird to make it known to the Saudi government that its policy in this matter is unacceptable and that complete respect for freedom of conscience – including the freedom to apostatize – is a fundamental condition of the rule of law.