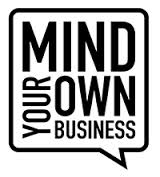 Ontario bishops should be told, “MYOB: mind your own business” about the Ontario English Catholic Teachers’ Association’s decision to march in the June 29 Pride Parade in downtown Toronto:

OECTA president James Ryan said the union’s presence is a sign of support for those teachers, staff and students of the Catholic school system who identify as lesbian, gay, bi-sexual or transgender (LGBT).

According to the Catholic Register, Cardinal Thomas Collins, the president of the Assembly of Catholic Bishops of Ontario and Bishop Gerard Bergie, chair of the its education committee, think “OECTA [is] wrong to join Pride Parade.” According to Collins, OECTA’s decision shows “inadequate and mistaken understanding of their faith” and of course, Collins is right because, wait for it,

Collins is also on the Vatican’s Congregation for Catholic Education.

Collins sinecure as a member of the Vatican’s Congregation for Catholic Education would lend him the authority to disapprove of OECTA’s decision if the Vatican were paying for Catholic education in Ontario.  However, the Vatican pays for nothing: the Vatican is notorious for refusing to apologize to its victims, covering up its mistakes, and  refusing to pay for the damages it has inflicted on the young and the vulnerable.

Who is going to tell Collins and Bergie to mind their own business?  Certainly not Ontario’s premier, Kathleen Wynne, who launched an ad telling voters that her “focus is on doing what’s right for the province.”

Unfortunately, Kathleen Wynne thinks making April 2 Pope John Paul II Day in Ontario and allowing Cardinal Thomas Collins to celebrate the first-ever Roman Catholic Mass at Queen’s Park, which gave Collins the platform to “remind” the audience “Catholic schools are “a gift to all the province’” are “what’s right” for Ontario.

Collins obviously feels that Premier Wynne deserved the most praise because he singled her out and gave her his personal blessing. Blessed Wynne thanked Collins by assuring Catholics

There’s no risk from our government in terms of the Catholic education system. We’ve said all along we’re going to continue to support the education system as it exists and make it the best in the world. That’s what we’re doing.”

If Wynne were sincerely focused on doing what’s right for Ontario and Ontario taxpayers, she would secularize Ontario’s publicly funded Catholic schools.