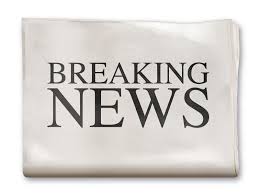 Oliver Erazo, the father who took the the Dufferin-Peel Catholic District School Board to court to get “a full exemption from religious courses and programs for his son,” Jonathan, has won his case. Erazo wanted

the school board to fully adhere to and respect a specific section [CHAPTER E.2 42 ] of the province’s Education Act regarding open-access legislation.

The board refused to cooperate because, according to school board spokesman Bruce Campbell,

“You can’t extricate the faith. It’s woven throughout the fabric of the school,” Campbell said earlier, pointing out non-Catholic students are expected to attend masses and other religious programs, but do not have to actively participate.

“They sit quietly and respectfully. They can still receive a blessing. It’s really important to participate in the life of the school.”

the applicants were entitled, according to law, to the exemption claimed for Jonathan upon making the requisite application even without the acquiescence of the respondent.

Loosely translated, this means the Dufferin-Peel Catholic District School Board erred, and Jonathan is excused from all religious programs at Notre Dame Catholic Secondary School.

Oliver Erazo’s win is a win for all parents who want a secular education for their children but want their children to attend the best schools near their home and among other children in the community.