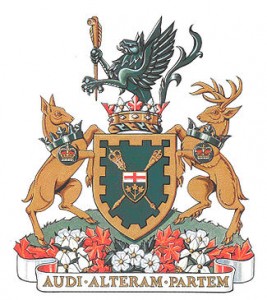 On April 2, 2014, Ontarians, whether they are aware of it or not, will mark the first Karol Wojtyła (aka Pope John Paul II) day in Ontario.

Bill 72, Pope John Paul II Day Act, 2014 was passed in what appears to be unseemly haste:

On May 30, 2013, Bill 72 was ordered referred to Standing Committee on Regulations and Private Bills

that the May 30, 2013, order of the House referring Bill 72, An Act to proclaim Pope John Paul II Day to the Standing Committee on Regulations and Private Bills be discharged and that the order for third reading of Bill 72 be immediately called and the question put on the motion for third reading of the bill without debate or amendment.

April 2, 2014 will be a sad day for Ontario: a day of mourning for the separation of church and state in Ontario. Despite the official statement,

The legacy of Pope John Paul II reflects his lifelong commitment to international understanding, peace and the defence of equality and human rights.  His legacy has an all-embracing meaning that is particularly relevant to Canada’s multi-faith and multicultural traditions and experience.

John Paul II’s record as leader of the Catholic Church

is full of scandal and poor management. Barbara Blaine, head of the Survivors Network of those Abused by Priests (SNAP) group, points out, “In more than 25 years as the most powerful religious figure on the planet, John Paul II did almost nothing to safeguard kids.”
Pope John Paul vigorously supported the Catholic Church’s opposition to contraception, abortion and homosexuality. He personally intervened to advise Jean Chretien against introducing legislation to allow same-sex marriage. His edicts against condom use undermined worldwide public health efforts to control the spread of AIDS.