The Canadian Mint’s latest in its Prehistoric Creatures series, arrived in the mail today.  As you may already have read here, the latest coin is of Tiktaalik, the late Devonian fish that represents the evolutionary transition from fish to amphibians (take that creationists!) with its arm-like fins that include a shoulder, elbow and wrist quite like a crocodile. You can read more general information about Tiktaalik on Wikipedia, learn more detials about how Tiktaalik’s structure supported tetrapod-like locomotion in the recently released paper or read an easier to understand synopsis of the new findings in Greg Mayer’s post on Why Evolution is True. If you don’t already know, on April 9, PBS will be airing a three-part series based on Neil Shubin’s (Tiktaalik’s discoverer) book Your Inner Fish. Currently Canadians aren’t able to see the streamed previews on PBS.org but I’m sure we’ll be able to watch on TV when the series comes out!

In the meantime, here is my Tiktaalik coin (not glowing & glowing as a skeleton), more fabulous work by Julius Csotonyi! 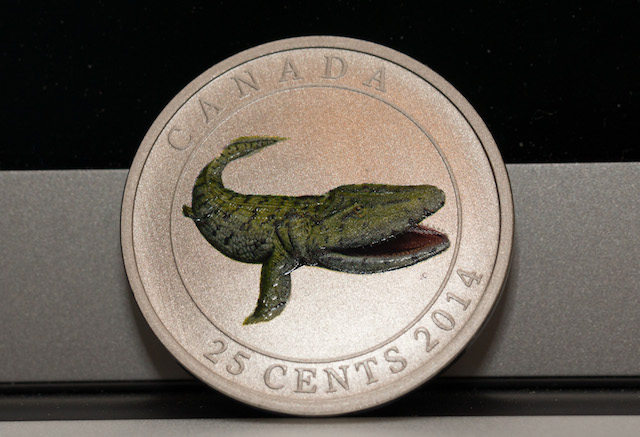 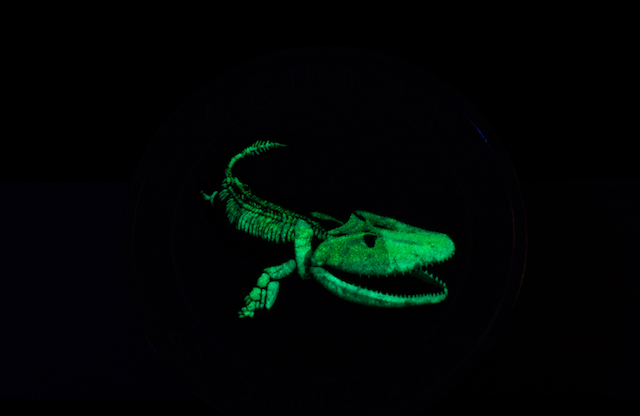 One thought on “Tiktaalik Has Arrived!”