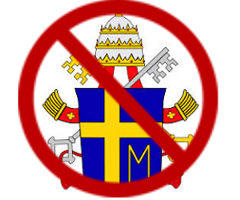 The misconduct of numerous diocesan leaders wielding near total power in the abuse scandal must be confronted in Rome and remedied. Evading this will dim the great hopes for the church that Pope Francis has stirred.

Obviously the writer is not talking about monetary cost when referring to Los Angeles’s costly lesson. The $740 million in monetary damages paid to more than 500 victims did not come from Vatican coffers; it came from the the Los Angeles Archdiocese

with the archdiocese taking out costly loans, selling property and even tapping into cemetery perpetual care funds to pay for it.

Where did the diocese get the money to buy the property it later sold to pay the victims? From the parishioners of course. So the writer of the February 20 New York Times editorial can stop waiting for Jorge Mario Bergoglio (Pope Francis) to make the “great hopes for the church that he has stirred” a reality. The writer and the rest of the gullible. need to stop hoping and start doing. They need to expose the Catholic Church for what it is, not for what Jorge Mario Bergoglio wants them to think it is.