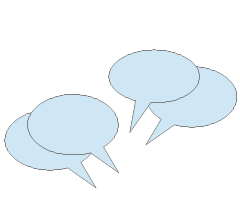 CFI Canada has introduced a new feature on its website: CFI Discourse

CFIDiscourse provides a forum for discussion of topics and issues related to CFI Canada’s mandate to promote science, reason, and secular values.

The first contribution to the discourse is from Jon Morrison, Associate Director of Apologetics Canada. It’s great that Canada has an apologetics organization because religion has a lot to apologize for.

Let’s start with Morrison’s title: “A Christian in Favour of Atheist Billboards.”   It’s so exciting to see a Christian approve of atheist billboards. Don’t you feel all warm and fizzy inside? Do you really care that a “Christian man” is “in favour of the campaign.” Probably not, but Morrison has a point:

What is most real about this world? Does prayer do anything? Most people are too busy to stop and think about it. I think a billboard would shake us all up a bit and get us talking.

So let’s get talking! Read Morrison’s contribution and leave a comment:

This discussion forum is open to everyone!