The NFL Super Bowl XLVIII  takes place on February 2, 2014.  The game itself, between the Seattle Seahawks and the Denver Broncos, is one of a trinity of preoccupations for North American viewers.

One of the perpetual ways to make fun of religion, at least in America, is to note that many Americans think that God takes an interest in sports. Athletes like Tim Tebow give thanks to God for their achievements and their teams’ victories, and Americans regularly pray for the success of their teams. (I doubt that this happens much in Europe, but I’m sure it’s common in South America!).

Companies and organizations take advantage of a captive audience to get their message to consumers.  In this CTV News Video, Seneca College‘s Creative Advertising Prof./Program Co-ordinator Anthony Kalamut discusses the Superbowl XLVIII ads on CTV. 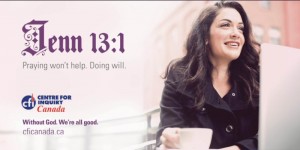 On Sunday, February 2, there will be something for everyone!